4 Most Interesting and Generous Lottery Winners

4 Most Interesting and Generous Lottery Winners 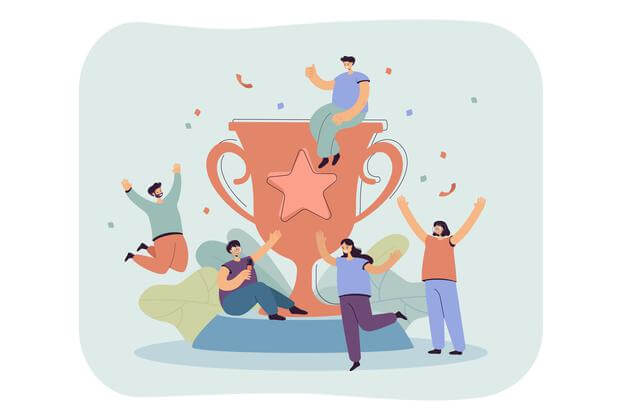 He is an extremely generous lottery winner known for donating his money to a unique cause. He is a proud pothead and has spent a whopping $1,000,000  on Marijuana Legalization activity. He won $25 million in the LottoMAX lottery on November 2, 2012. He spent about $125,000 to organize a 420-day-long event, $60,000 for designs needed for the event, $60,000 for accommodations, $40,000 for merchandise, and $20,000 for promotion of the event. Moreover, he also gave between $7 and $8 million to various businesses, charities, friends, families, and even complete strangers!

Bob Erb’s current status is difficult to tell because there has been no news about him. In 2014, his name was used in a series of e-mail scams saying that he was randomly selecting people from the internet to receive a six-figure sum. Of course, this proved to be a scam that attempted to defraud people out of their hard-earned cash.

Why we find her interesting?

Evelyn Adams - who was lucky enough to win the lottery twice - managed to lose most of her money because of her gambling habit. She won a total of $5.4 million in the 1980s but lost most of it in Atlantic City trying to push her luck further. Even though she gambled away most of her money, she still managed to make generous donations to those who asked for help with money. She was known for her generosity and handed out her money to her friends and even strangers.

Where is she now?

By 2012, Adams had spent all her money. She lost her money to her acquaintances who took the money as a “loan” but never felt the obligation to return the money. Since she blew through all her money and went bankrupt, no one has heard about her recently.

Dennis was a homeless man before he won $50,000 in a lottery. He had lived in a tent for 20 years. Based on his financial condition, we would expect him to keep all the money. Instead, he decided to do something remarkable with his money, rather than use the money to buy himself a place to live, he bought himself a new tent, visited a dentist, visited his son, saved some money for rainy days, and shared the rest of the prize with his other homeless friends. According to Emmarie Cross, the clerk who sold him the winning lottery ticket, the winner is a very kind-hearted and nice person and she can’t imagine someone else who deserved this win more than he did.

The winner shared most of his money with other homeless people and is living the same life he was living prior to his win.

Tom received a call from Western Canadian Lottery telling him that he had just won $40 million CAD. That phone call could have completely changed his life. But he kept his win a secret and after thinking for over 7 months, he decided to give it all away to a charity. The main reason he did it was because his wife had died of cancer a few years earlier and he wanted to honor his wife’s memory.  He further said, “I’ve been lucky enough to work for the same company for 44 years and during these years I’ve earned a lot of money. I don’t actually need all this money.”

He won the jackpot in 2014 and donated it all away in 2015, and since then he has dropped from public view.