Celebrities who Play the Lottery

Celebrities who Play the Lottery 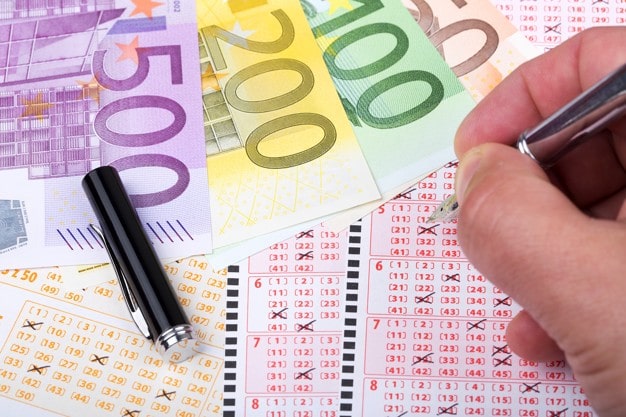 Just because you’re already rich, that doesn’t mean to say you wouldn’t enjoy the thrill of winning another few million.  After all, you can never be too wealthy! Read further to know about celebrities who play lottery games often!

It always seemed safe to assume that Wolverine actor Hugh Jackman would be a pretty exceptional guy – and here’s a story that proves it beyond doubt. It is not confirmed whether he plays the lottery himself or not but he does have a habit of buying lottery tickets for other people. He even once explained, “It’s my way of paying taxes. The very first film I did in America, I was embarrassed to say two months in that I didn’t know half of the crew’s names. So, I thought that on a Friday afternoon I’ll whip by and buy lottery tickets for everyone and hand them out. I say it’s an Australian tradition, but it’s not.”

Jackman’s lotto philanthropy hit the headlines in 2011 when it emerged that the actor was buying one ticket per week for every single member of the 500-strong crew for sci-fi flick Real Steel in which Jackman plays a retired boxer, Charlie Kenton.

The pop icon, Madonna, did not only play lotto but also announced a big lotto win, publicly. Back in 2012, she announced a win of €120,000 in secondary prizes from Italy’s SuperEnalotto and she donated all of it to help build schools in Malawi.

The hotel heiress and actor, Paris Hilton, allegedly snapped up 1500 tickets for an Italian SuperEnalotto drawing back in 2008. There is no confirmation whether she plays the lottery regularly or not! But when she was asked about the purchase, she was quick to point out that if she were to win she would invest 10% of the winnings into good causes!

Bonus Read: Who Plays the Lottery more, Men or Women

You might recognize this celebrity from the show X Factor. He told the reporters that he still buys lottery tickets and plays the lottery regularly. He also said if he ever wins the lottery, he’d like to claim his winnings anonymously.

You must have seen this guy on Instagram with women, guns, beard, and lots of money? Ringing any bells? He is sort of an Instagram celebrity. I think we are all acquainted with the millionaire heir and poker playboy, Dan Bilzerian.  It is a well-known fact that he loves to gamble- but were you aware he is a regular lottery player. In January 2018, when Powerball reached a record-breaking billion-dollar Powerball draw, he bought an astonishing $100,000 worth of tickets. And we know he did not win the jackpot!

Apart from businessmen and celebrities, even presidential candidates play lotto! Hilary Clinton herself admitted she bought a ticket for the January 2018 Powerball draw in an appearance on ‘Good Morning America’!

Yes, you heard it right. The Jamaica-born rapper who rose to worldwide fame with a string of hit albums in the early 2000s has actually filed for bankruptcy in 2015.

For 2018, Powerball draw, the rap superstar was so close to $900 million winning amount that he would actually become the king of his industry. But hard luck! The superstar only matched three out of five winning numbers.

Clooney is not only a fine actor but he is also a philanthropist. He invested in purchasing around 1,000 lottery tickets back in 2010, in the hope of winning a good fortunate prize amount to donate to the earthquake-stricken conditions of Haiti. Though luck did not strike Clooney’s tickets, he did manage to raise a considerable amount of funds for the relief funding cause by teaming up with MTV to host a fundraising event of a telethon.

It is rumored that Manchester United star Wayne Rooney, is highly enthusiastic about playing lotto! The Daily Star Newspaper reported, that Wayne is still a working-class boy at heart and despite having millions of dollars in his bank account he loves to play the lottery and dreams of landing a multi-million jackpot. It’s reported that Rooney does not buy the ticket himself, but makes his mates buy for him. Well, this is how much Rooney is fascinated by lotteries.

In late 2018, it emerged that Woody Allen, a renowned film director is a keen lottery player. The Guardian officially reported that Allen spends around $100 a week on purchasing lottery tickets, but he stated that winning a jackpot will not alter his lifestyle. He explained that he’ll continue to live in the same house and continue with his work. He does not fascinate anything big and wishes to live simply.

There are a lot more celebrities like Jessica Simpson, Liz Hurley, Hilary Clinton, etc., who allegedly like to play the lottery. You may think that the rich and famous don’t need to play the lottery. After all, they are filthy rich why would they need more money to win. But it comes as a surprise, to learn that film stars, athletes and famous entertainers frequently purchase lottery tickets, especially when the jackpots soar high!