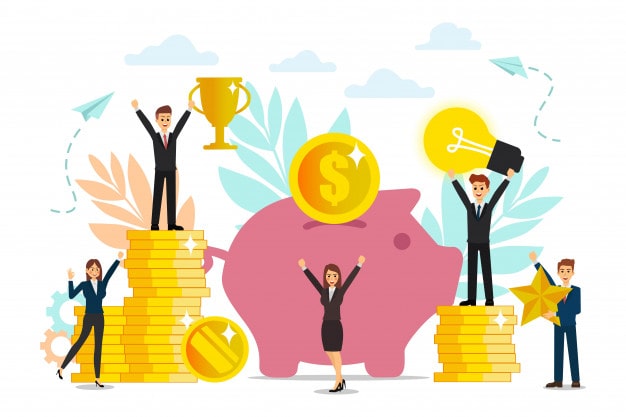 Richard Lustig is known as the uncrowned king of the lottery because he managed to win 7 times! He won millions of dollars as cash prize but the story doesn’t end here! Richard Lustig was already a well-known name due to his multiple wins and he used that fame for business. He claimed that he had cracked the secret to winning the lottery. He wrote a book and sold copies for $40 each. Considering his numbers of wins, it wasn’t difficult for him to convince people that he actually had a special strategy. Unsurprisingly, his book became a best-seller. He became way richer than he was simply from winning the lottery.

Jason Fry had worked as a bartender, construction worker, and a well digger. He won a jackpot and spent the money on cars, exotic trips, and a lavish lifestyle. Why is he on the list of smart lottery winners? Because once he did everything he wanted, he decided to stop! Fortunately, he got into the battery production business in South Florida and became successful in that business.

Some people are fond of plain rather than exotic cars, luxurious parties, etc. Sue Herdman settled for a lot less. She knew what she wanted and got that. Therefore, she got her own pig farm- a successfully running steady business. She ranks as a smart lottery winner because she got something she had always wanted.

Yancy Hicks worked at McDonald's when he won the lottery. He knew he had the experience it took to run a fast food joint and that the courage to pull it off. He applied for a Subway franchise. Now he owns a restaurant, enjoys his job, and has a steady income. But before going for the investment he also spent a fair share of his winnings on luxurious treats. But that’s natural for a lottery winner, right? In the end, he got what he wanted! It is fair to include him in the list of smart lottery winners.

Roy Gibney won £7,500,500 in 1988. He enjoyed his life on the lottery money for about 14 years until he got bored. But he was smart enough to not spend all of the money. He invested some of the money on real estate, local and abroad. He also noticed the rise in the metal sheet industry and took a chance. It was a successful investment and he is now running a successful business.

Brad Duke won $220 million and over the course of time, he turned that money into billions. Unlike most lottery winners, he did not spend all of it on himself, rather he did the exact opposite. He spent most of it to help others. So far, he has only spent a tiny share, about $2 million on himself and his close family members.

Do you also aspire to be a smart lottery winner? Read everything about lotteries, claiming procedures, legal procedures, taxes, investment options, etc, only at The Lottery Lab. Subscribe to our email and newsletter to never miss an update!