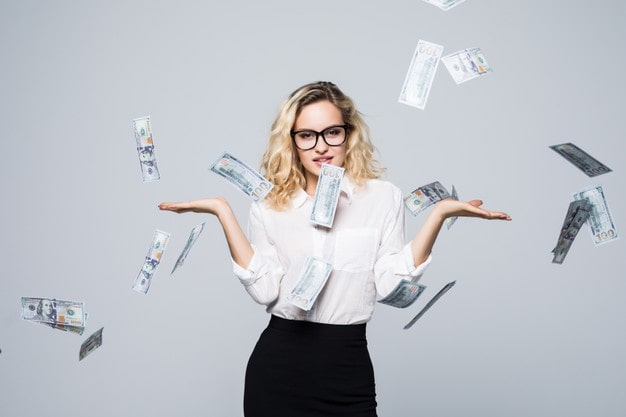 We love stories that end “happily ever after”.  We would like to think that after someone wins the lottery, they simply enjoy a life of ease. The reality is that many lottery winners spend more lavishly than they can afford to.  Only a few turn out to be wise spenders. Sadly, there are a few lottery winners who lose everything very quickly. In fact, sometimes a winning lottery ticket can leave its holder worse off than they were before they won.

When you win the lottery, you want to make sure that you know what mistakes to avoid.  Let’s take a look at some of the most serious mistakes that people have made so that you don’t become one of them! Here are some tragic real-life experiences of lottery winners. Pay attention to these stories and learn lessons from each story.

From Millionaire to Factory Worker

A 19-year-old garbage man, Michael Carroll won £9.7 million in 2002. Just like many other lottery winners, he spent his winnings on buying fancy things, jewelry, drugs.  His spending habits quickly ate up the money. By 2012, Michael was living off unemployment checks and was completely bankrupt. He is now working in a slaughterhouse making £400 per week.  The lesson is that no matter how much you win, you can spend too much.  Manage your expenditures so you don’t slide into poverty.

In 1989, Willie Hurt won $3.1 million in the Michigan lottery. But, his winnings didn’t last long. Within two years, his marriage was a wreck and he lost custody of his kids.  On top of that, he was also charged with attempt murder. All his winnings went to drugs,  the divorce, and court proceedings.  The lesson here is that relationships matter.  Even a relatively small jackpot can disrupt your relationships with friends and families.  Those social connections are often more valuable than we realize and are worth protecting.

The story of Gerald Muswagon of Winnipeg will leave you startled. In 1998, he won a whopping $10 million lottery jackpot.  Soon after winning the lottery, he started buying cars for his family and friends. He bought a new house and turned it into his personal party pad. Soon he spent all his money and took a minimum wage job to support his girlfriend and six children. Tragically, in 2005,  Gerald took his own life.  The lesson of this story is that the stress that comes with a winning lottery ticket can become too great if not managed.  The old saying “More Money; More Problems” is true and large jackpots can present winners with problems they are unprepared to handle.

Billie Bob Harrell Jr. played Lotto Texas game in 1997 and won $31 million. He bought a few houses, a ranch, made loans to friends, and gave money to his church. Everyone around him wanted a piece of his money. Things turned ugly when his marriage got into trouble as he spent all his winnings. And, in less than 2 years, he took his life in 1999.  So, isn’t the lesson just the same as the last story?  No, the lesson here is that these stories are not unique.  They are not the product of an unusual person behaving in an unusual way.  Many future winners read these stories and say “That would never happen to me.”  But without a plan to manage your winnings, anyone can fall prey to these situations.

Life is uncertain and not every lottery story ends as badly as these. When you win the lottery, spend your money wisely. Understand the limits of how much you can afford to spend.  Seek financial and legal advice.  And maintain strong, healthy relationships with your loved ones.