How Do Lottery Drawing Machines Work?

How Do Lottery Drawing Machines Work? 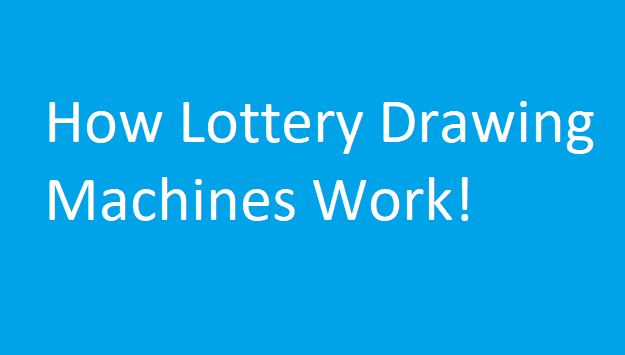 Lotteries are prone to scams and the lottery commissions are interested in maintaining the credibility of their games.  As a result, the props and other components used in a lottery are vital to the operation. To maintain the randomness of the lottery, many lottery commissions use specially designed machines to pick the ball.

There are primarily two types of lotto machines: Gravity Pick and Air Mix.
Gravity Pick machine uses solid rubber balls which are dropped into a mixing chamber. In the chamber, two paddles spin in opposite directions to mix the balls. To conduct the drawing, the operator actuates a sliding door at the bottom of the chamber. The required number of balls pass through a tube into a clearly visible display area.  As each ball passes through the tube, an optical sensor installed detects the ball and allows only the correct number of balls through the doorway. Another commonly used lotto machine is the Air Mix machine. These machines use ping-pong balls with painted digits. The digits are painted carefully on the ping-pong balls to maintain equal weight and size. When the operator puts the balls into the machine, jets of air blow up through the chamber to mix them. The operator of the machine selects a set of balls by opening a valve which allows air out of the machine through the tube or the set of tubes near the top of the machine (Depending upon the size of the machine). After the valve opens, balls are blown into the tube where the balls are then transferred into a clear chamber for reading. The majority of state lotteries use Gravity Pick because it is perceived to be more secure than the Air Mix machine.  This is in large part because of an incident that took place in 1980 in Pennsylvania, the infamous Triple Six Fix scandal.  In this instance, a group of lottery officials tampered with the balls in an Air Mix machine to weight down some numbers. After the triple six fix scandal, major security steps were taken to improve the security of the drawing.  Techniques vary from state to state, but some examples are: