How secure are Lottery Systems?

How secure are Lottery Systems? 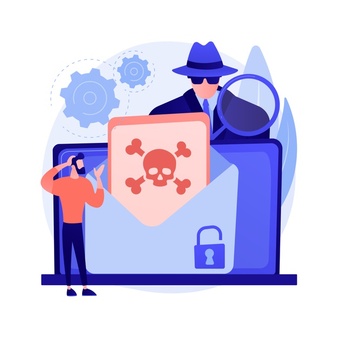 Many industry experts would say that lottery systems are 100% safe, but others would say it is only a matter of time before someone skilled enough finds the weak spot in the system. This applies to the lottery machines and various security measures used by lottery commissions. Over the years there have been instances where people have proven that circumventing a lottery machine’s security is possible. It might not easy but with the required skills and dedication, a scammer CAN cheat the system. So how do lotteries keep their system from being rigged? To answer that, let’s start with the different types of lottery machines-

The Gravity Pick Machine is the most widely used machine.  It is incorporated into such big-name lotteries as Mega Millions, Powerball, the UK national lottery, Euromillions, etc.  Gravity Pick Machines are composed of a clear drum with two paddles installed inside. The paddles move in opposite directions to assure fair number randomization by mixing the solid rubber balls from two opposite directions. At the bottom of the machine, there is a sliding door that lets balls pass into a clear tube, one by one. The clear tube makes it easy to read the number printed on balls.

To prevent drawing more balls than necessary, there are optical sensors installed in the machine to detect the passing of the balls through the drum. Once the defined threshold is reached, the door closes, preventing unnecessary balls from entering the tube. Moreover, this process happens live on the TV; therefore, any tampering could be detected by the viewing public. To make the drawings even more secure, the balls are tested before the drawing to ensure that their weight is precisely 80 grams, nothing more nor less.

Unlike Gravity Pick Machines, Air-Mix Machines use ping-pong style balls instead of solid rubber balls. The balls are placed in a chamber that is clear and gives a full view of the inside of the chamber. A jet of air causes the balls to float and mix and when it’s time to draw the balls, an operator opens a valve to let the air out through a clear tube on the top of the machine. After that, the balls are sucked into the tube and transferred to the display area. The numbers being displayed are announced as the winning numbers. Similar to Gravity Pick Machine drawing, this type of drawing also happens live on the TV, therefore, any tampering is highly unlikely. For added security, the size and weight of each ball are calibrated carefully.

Looking at the lotteries, significant improvements have been made over the years. Security countermeasures of lotteries go beyond drawing machines. Some of the countermeasures used in different lottery games are as follow-

US Powerball is a popular game and maintaining its reputation is a major concern for its operators. Therefore, they go to extreme lengths to maintain their reputation. They conduct regular tests to ensure each ball is up to par. The size, weight, and density of each ball are measured before every drawing and they X-ray each ball as part of the thorough examination. There are two machines used by US Powerball for every drawing- one to draw white balls and another to draw the Red Powerball.

Similar to Powerball, Mega Millions is also a popular lottery game in the US.  They hold their drawings at the WSB-TV studio in Atlanta, Georgia. They store their drawing machines and balls in a secure location where access is limited to a few approved officials. From various machines, one machine is selected and inspected, right before the drawing. Machines are inspected by third-party auditors who make sure that the machines and lotto balls comply with standards and are free of any anomalies. Similar to the US Powerball, Mega Millions also use two machines for every draw- one to draw white balls and another to draw the Mega Ball.

Why is the traditional lottery still preferred over Computerized Draws?

Hot Lotto, Oregon Megabucks, Hoosier lottery, etc switched from traditional drawing systems to computerized drawing systems. But like Hot lotto, people like Eddie Tipton can take advantage of their access and misuse the drawings for their personal advantage. He was the information security manager and he took advantage of his position to inject malware into the drawing system of the lottery. As a result, the computer produced a definite set of numbers which made him the winner of a big jackpot! He was caught after a long series of investigations. But the reputation and business of Hot Lotto suffered and in the end, they replaced it with a new lottery game called Lotto America. This is the reason the traditional lottery is still preferred over computerized draws!