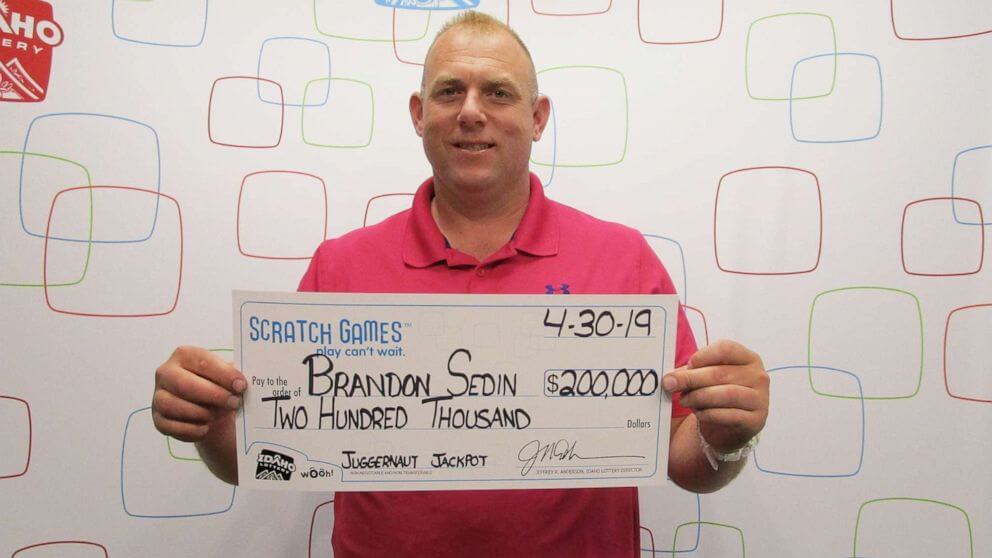 Talk about karma! Man gives a homeless person a few bucks and later buys a lottery ticket, and wins big. We hear many lottery winners promise to do good with their winnings, but this New Jersey man put doing good first.

Just like any other day, Brandon Sedin was going to buy a lottery ticket and on his way to the store, he gave a few dollars to a homeless man on the street corner near Boise Towne Square. He said, “I don’t play that often, but I just felt I should pick some up.” He picked up a scratch-off lottery ticket and it was a winner.

Brandon Sedin won a healthy $200,000 with the scratch-off ticket. He was doubly lucky because it was the last big-prize winning ticket left to be scratched off. He played a Juggernaut jackpot scratch-off lottery, exclusively available in Idaho.

When asked how he is feeling with his winnings, he reportedly said, "Yeah, it's a pretty good Tuesday,". He said doing something good certainly felt really good and he bought a lottery ticket right after that.

Although he did not expect to win something in return, he certainly felt something good was about to happen. Upon asking how he plans to spend the money, he said, he is not certain what exactly he is going to do but he plans to invest the winnings.