Teenage Lottery Winners and What They are Doing Now

Teenage Lottery Winners and What They are Doing Now 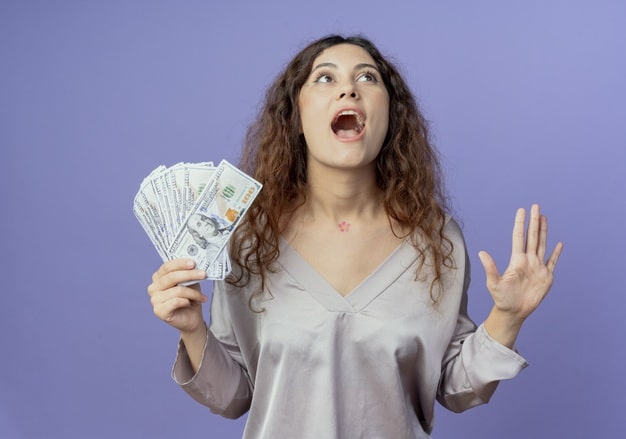 You will rarely see people aged 25 or below win the lottery. This segment of the population has other things on their mind on including their studies, jobs, and parties. But there are some teenage lottery winners who won the lottery at a very young age and lived the extravagant lives many of us could have only dreamed of at their age. Here are the stories of the youngest lottery winners so far.

Callie Rogers was just 16 when she became Britain’s youngest lottery winner, scooping a jackpot worth £1.9 million in 2003. Winning that kind of money at the age of 16 led her to spend her winnings on frivolous things. Some of her initial significant purchases were:

She also bought a luxurious bungalow so that she could leave her foster care home where she had lived since her parents split up. She took her friends on nights out very frequently. Coming from a broken family and living in foster care makes Callie’s desire for luxury items understandable, but no less tragic. She eventually ran out of her sudden wealth and gave birth to a son in 2005. The pressures of life became too much to handle, so Callie tried to end her life by overdosing on pills; however, she survived the suicide attempt. According to a 2013 interview, she has £2,000 left in her bank account, but she is happier than ever with her son.

Stuart was part of a lottery pool that won £25 million.  He walked away with £2 million after splitting it between 12 other winners in 1997. Considering he was quite young for that kind of money, he ran out of it pretty soon. He abandoned his hometown, dropped out of his pharmaceutical studies program, left his part-time job at a local chemist shop and started spending a lot of money.

He purchased a home worth £90,000 for his mother and donated £15,000 to a Glasgow hospital where his brother had been getting treatments for a genetic disorder. He took his friends on a vacation to Thailand and bought a ticket to a football game worth £2,000. He bought a secluded mansion to take care of his father- Daniel, who was suffering from polio. Sadly, Daniel passed away only two years after the big win. Alone in his secluded mansion, Stuart started to become more and more reclusive. 13 years after his big win, Stuart was found dead in his home.  He was just 29.

Jane Park scooped £1 million in Euromillions in when she was only 17. Just like any other teenager, her spending list was impressive-

Not long after her win, she started running out of her fortune.  She even received threats and on another occasion, hackers tried to extort money. In an interview, she said, “I have material things but apart from that my life is empty. What is my purpose in life?” So far, she had it worst of all teenage lottery winners.

Robert Salo, a Brooklyn resident, was only 18 when he won a $1,000 a week for a lifetime cash prize in 2012.  He wasn’t like other young winners because he took responsibility and decided to pursue a course in electrical engineering. Rather than partying or traveling the world, he chose to continue his studies and pursue a career he couldn’t afford before the win. This definitely appears to be the best investment ever made by a teenage lottery winner.

Ianthe won a fair share of money in Euromillions lottery in 2008. She was only 18 at the time of her win. At first, she thought she matched only 3 numbers and won a measly prize. It was only later she realized that she had won the jackpot. She took £7 million home.

Thanks to several smart investments, her current net worth is £10.5 million. Not only that, but she was also recognized as the 27th richest person in the United Kingdom in 2010. At the time of her win, she even reported that she had hoped to start her own law practice one day. So far, she is the smartest of all teenage lottery winners.

Michael Carrol is infamous among lottery winners. He won £9 million and just like any other teen, started a life of luxury and excessive debauchery. He spent his money on a luxurious 6-bedroom mansion, luxury cars, parties, drugs, and women. Soon his luck faded, he got arrested twice, started getting threats, someone killed his 5 dogs. His luxury cars are nothing more than garbage now because he had demolition derbies in his own backyard with them. Needless to say, he ran out of money eventually and is now back at his job as a binman. But he doesn’t regret his actions and spending even a bit as he says he lived it to its fullest.

This young Canadian woman bought her very first lottery ticket to celebrate her 18th birthday, back in 2018. Stuck not by lightening, but sheer luck, the girl’s life changed into one of wealth and comfort. The lucky lottery winner won Loto Quebec's Gagnant à Vie game and bagged the top prize of C$1,000 a week for life. She opted for the weekly payout option, to get through tax exemption.

A new camera to help her fulfill the dream of becoming a photographer for National Geographic.

Jonathan Vargas, a former construction worker was only 19 when he won the US Powerball Jackpot of $35.3 million in 2008. Initially, Jonathan started splurging his newfound wealth on partying hard and spending it on frivolous things. Unlike many lottery winners, he returned to his senses and thought of managing the prize money properly and enrolled in a personal finance course.

Despite trying his hands-on several business ventures, including the creation of all-female wrestling show his efforts and huge investment did not pay off. Even his other investments just fizzled out with time. There are rumors that Jonathan is now broke despite trying many things to keep his newfound wealth safe.

Missler was the latest to join the youngest lottery winner club as he won the grand Mega Millions jackpot of $451 million. Missler was the sole to this grand jackpot.

Missler decided not to follow the footsteps of other lottery winners and took a course in financial management soon after his win. While he fully intended to use his money responsibly he commented that he’ll definitely not forget to have some fun too. Though he became a multi-millionaire. Missler vowed to take care of his family forever.

Sign in to The Lottery Lab and get assisted in becoming the next Lottery Winner!