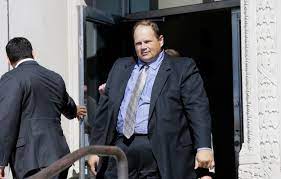 Eddie Tipton, 55, a former computer programmer admitted to rigging lotteries for several years and taking money from several states by cheating. His hack affected several states including his home state, Iowa, along with Colorado, Kansas, Oklahoma, and Wisconsin. He developed a software program and infected the system with his virus, which allowed him to pick winning numbers and cheat four states. He is sentenced to serve 25 years in prison in Iowa.

Tipton had a criminal record before working as a security person for the Multi-National Lottery Association (MUSL). This lottery association is owned and operated by 35-member lotteries, and is responsible for many of the nation’s largest and most popular lotteries including Hot Lotto and Powerball. Tipton never expected to land an interview with MUSL, let alone be hired as a trusty information security person for the association. His past criminal records included warehouse burglary and a felony conviction. He was originally sentenced to a 20-year long prison time but instead was given 2-year probation and was ordered to pay $1,719 restitution.

Before the warehouse burglary, he was also convicted for stealing computer software from a department store. He told his prospective boss about his criminal record during his interview for the MUSL job. When they paid him to fly from Texas to Des Moines for an in-person job interview, he was shocked. Although the Iowa State Lottery prohibits felons from working for the state lottery that prohibition doesn’t apply to MUSL employees.

Tipton was a “Dungeons and Dragons” fan and loved playing this fantasy game. Once, his colleague, Schaller, who was an accountant for MUSL, jokingly asked him, “Hey, did you put your secret numbers in there?” Tipton asked what he meant. Schaller jokingly replied, “Well, you know, you can set numbers on any given day, since you wrote the software?” In a conversation with authorities on his way to jail, Tipton told this story and said that it was the beginning of a personal challenge. Tipton said that it was never his intent to start a full-out ticket scam.

Tipton’s series of frauds started in the year 2005. He was one of the few employees who were allowed access to the random number generating computers used in the drawings. He tampered with the security cameras first and he installed some self-deleting software code. Initially, he set three conditions to test is virus. Those three conditions were-

After installing his code, he waited for a lottery draw to match the conditions. He didn’t have to wait long as a drawing for $4.8 million a lottery jackpot took place in Colorado on November 23, 2005, Wednesday. The malware lowered Eddie’s odds for picking the winning numbers from 1 in 5 million to 1 in 200. He involved his brother, Tommy Tipton, in his lottery rigging plan. Tommy was a member of the Gulf Coast Bigfoot Research Organization and, lucky for Eddie, Tommy’s search for Bigfoot took him to Colorado just in time of the drawing. Eddie gave his brother sets of numbers to play.

At first, Tommy Tipton was a bit hesitant and consulted a friend who was working as a Texas defense attorney. His friend encouraged him to play the numbers because his friend couldn’t find any reason it would be illegal to play numbers given to him by a lottery association employee. Thus, Tommy purchased the numbers and asked his friend, Alexander Hicks, to claim the winnings in exchange for 10% of the winnings. There were three winners for that draw, one of them was an easy-pick ticket and was ruled legitimate. Meanwhile, other two winners, a Texas attorney named, Thad Whisenant, and Alexander Hickes (on behalf of Tommy Tipton) created a limited liability-corporation called " de Suerte" which means Question of Luck in English to collect their winnings.

After collecting his money, Tipton approached Tom Bargas, a businessman, to swap the pile of freshly printed bills with his money. Tom declined the offer and informed the FBI immediately. When the FBI interviewed Tommy, he explained himself by telling them that he is in a troubled marriage and was hiding the money in case of divorce. The FBI was convinced that he had won the lottery legitimately and didn’t want to tell his wife due to her Christian faith as gambling is against it.

After this episode, Eddie approached a former colleague and close friend, named Robert Rhodes and partnered with him. He won about  $783,257 in 2007 and created a limited liability company named Delta S. Holdings, LLC to claim their winnings.

He tried the same thing again in 2010, for a jackpot worth $16.5 million. Naturally, they won, but this time he asked his friend to not to wait until the last minute to collect the prize because it would raise suspicions. In an effort to get the winner to come forward,  lottery officials publicized the win. The matter started to go out of control when the lottery officials announced that they had CCTV footage of the person purchasing the ticket.

On December 29, 2011, less than 2 hours before the 4 PM deadline, a local attorney representing a local trust showed up to claim the winning. Iowa state law forbids anonymous lottery claims and Iowa officials refused to pay to them. After a month of negotiation, the claim was withdrawn. But the case slipped into the hands of  the Iowa Division of Criminal Investigation.

After 3 years of investigation, investigators were unable to identify the person who had bought the ticket so they decided to release the CCTV footage. One of Tipton’s colleagues recognized the voice and told the authorities about him. At first, Eddie told investigators that he was in Houston when the ticket purchase took place. But Eddie was unaware that investors had cell phone records clearing showing that he was in Des Moines that day.

Eddie Tipton was charged with 2 counts of felony fraud, first for fraudulently passing or redeeming a lottery ticket and the other was one for influencing the lottery prize through fraud, deception, or tampering with official lottery equipment, on January 15, 2015.

He was found guilty of both charges on July 20, 2015, but his defense filed an immediate appeal and Eddie remained free on bond. While his appeal was pending, investigators were able to connect the win of his brother, Tommy Tipton, in Colorado in 2005, and expanded their initial investigation. It was just a matter of time until they connected five fraudulent wins, including, lotteries in Kansas and Oklahoma. The total amount of their fraudulent winnings reached about $24 million (although they were unable to claim the Iowa winnings worth $16 million).

In early 2017, Robert Rhodes (a former colleague and close friend of Eddie Tipton), agreed to testify against the Tipton brothers as a part of plea deal. He confessed to being guilty to charges in Iowa related to the 2010 Hot Lotto win along with charges in Wisconsin related to a 2007 Megabucks drawing. The jury sentenced him to a 6 month prison term and ordered him to pay $409,000 in restitution.

On July 12, 2017, Eddie pled guilty to the charges of theft by fraud and computer crime. In addition, he would also plead guilty for the ongoing criminal conduct in Iowa, as the part of the deal. After that, there was an delay in the investigation which had no practical effect on the overall case as prosecutors had already agreed to vacate the conviction under a new plea deal.

Eddie Tipton pled guilty to his ongoing criminal charges in Polk County, Iowa, on June 29, 2017. The jury sentenced him to up to 25 years in prison.  According to the prosecutor, he was expected to serve only 3 to 5 years. Tommy Tipton was sentenced to serve 75 days in prison and the two brothers also agreed to pay a total of $2,222,863.60 in restitution.

As for the Colorado winnings, there were three winners and one of them had been an easy pick ticket and was thus ruled legitimate. The second winner was Tommy Tipton and the third one was Texas attorney, Thad Whisenant, who turned out to be acquainted with the lawyer friend of Tommy Tipton, the one he consulted before playing the numbers Eddie gave him. It is still not clear how Tommy’s lawyer friend and Thad Wisenantare connected. Hence, they haven’t been charged in connection with the fraud yet.