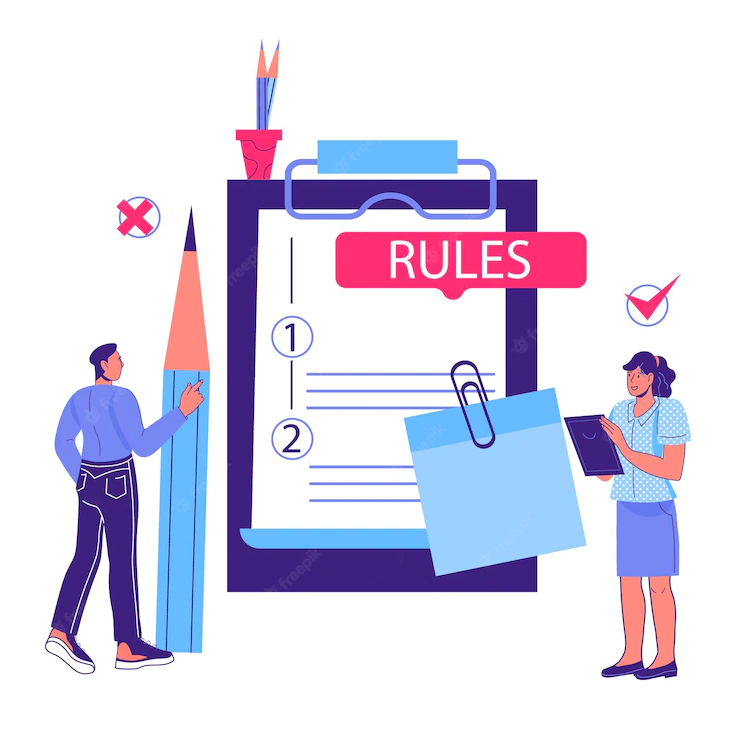 Lotteries have been a part and parcel of our lives for a very, very long time. Over centuries! And are often called a  “game of chance”.  Most people just pick a set of numbers, symbols, or outcomes, and win a prize if they are lucky. In general, this way of playing a lottery game continued to remain the same. But as time progressed, structures became complex, the lotteries introduced changes that made the game formats more engageable, payouts worth winning, and odds that much more difficult to defy. At the same time, state lottery operators introduced their own set of rules that made the process of playing and winning a lottery game easier and (most importantly) legal, fun, and transparent. What else we could have asked for right!?!

But, let's not get caught up in “historical flashbacks”.  Instead, let’s come straight to the point - the main rules or important points you should know about the game you are going to play.

If you are thinking of trying your luck today, it is important to know about these rules. Because why waste that extra dollar in your pocket if it can reap you millions!!

U.S.A State Lottery Rules You Should Know Before Playing The Lottery!

Just like alcohol and tobacco, each state has set a minimum age for its people to play lotteries. In the majority of the states, the minimum age to play the lottery is 18 years. Whereas in Arizona, Iowa, Louisiana, and Mississippi it is 21 and in Nebraska, you should be 19 years or above.

Every state has its own cut-off time for the sale of tickets. Largely this cut-off time is just minutes before the official drawing is held. The main reason for this is that no player gets to purchase the ticket for that particular drawing AFTER the official drawing has occurred. In most states, retailers never actually stop selling tickets in the time gap between the sales cut-off and the official drawing. Rather they begin selling tickets for the next drawing as soon as sales for the current drawing end. This means if the players buy a ticket a few minutes before a drawing, they could be buying a ticket for a future drawing and not the one that is just about to happen.

This is quite an important factor after you win the lottery. Every year millions of lottery winnings go unclaimed for the sole reason that winners either forget about the claim days period or they are generally unaware of the fact that they have won. So, to avoid losing your prizes, it is important to know how much time you have to claim your money. Generally, the maximum period to claim your lottery prizes lies between 180 to 365 days. This way you'll end up claiming your winnings on time and be the whole sole winner of your newfound wealth.

This point becomes important when you decide to return your ticket. In most states, canceling your ticket is not permitted or is only allowed for a short period of time after the purchase of the ticket. This means you should never place your final bet until and unless you are completely sure of what is printed on your ticket. Never forget to check your ticket for any errors and get them corrected if your state lottery rules permit.

One of the important aspects of creating a winning lottery strategy is the multi-draw feature. This feature allows you to play the same lottery numbers for multiple drawings. Multidraws are generally of two different types - consecutive and future draws. And in almost all states the number of drawings that a player can apply a multi-draw to is limited to specific time periods. For the consecutive multi-draw option, you are allowed to purchase tickets with the same numbers for consecutive drawings. For the future multi-draw option, you are allowed to purchase tickets for future drawings without the need of purchasing the tickets for consecutive drawings.

Are You Ready To Place Your Next Lottery Bet?

These were some of the important points you should know before buying that lottery ticket. Because in the end, you should be completely confident in the game you are betting on and how you are strategizing your lottery numbers. If you are well aware of all these aspects, we are pretty sure, you’ll end up formulating a winning strategy and strike the right opportunity at the right time!