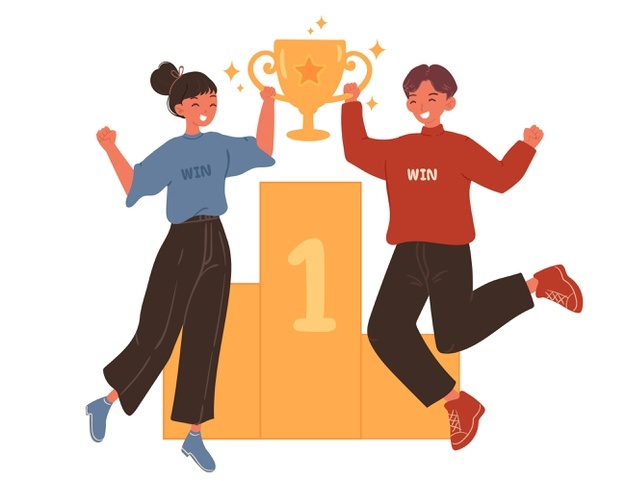 Two lucky Powerball tickets sold one in California and the other in Wisconsin, cracked the eleventh largest lottery jackpot prize in U.S. history on Wednesday night. The lucky drawing numbers for the $632.6 million Powerball jackpot were 6, 14, 25, 33, and 46, with Powerball number 17 and Power Play Multiplier number 2.

The lump-sum payout option for the two winning tickets is a mouthwatering $225.1 million that too before taxes each! If only the ticket would have matched the winning Powerball numbers, the cash option would have been $450.2 million.

The other winning ticket in Wisconsin was sold at Jackson Pointe Citgo, located at 2710 Packerland Drive in Green Bay.

The Wednesday night's Powerball win is the eleventh-largest jackpot in history and the seventh-largest Powerball Jackpot. The winners will now have a choice to either have their share of the $632.6 million paid in 30 graduated payments over 29 years or the $225.1 million split of the lump sum payment all at once! The annuity payments of the prize money increase by 5% each year. All lottery prizes are subject to federal and respective state taxes.

The Powerball jackpot has rolled over since October when a ticket sold in California won a $699.8 million jackpot. The January 5 drawing is the second-longest jackpot roll in Powerball history. The jackpot is reset to its starting point of $20 million for Saturday's drawing.

Turning out as a source of happiness for many others, Wednesday's Powerball drawing had some more lucky winners too! 14 players matched the first 5 numbers for a $1,000,000 prize, 1 from Arizona, 1 from California, 2 from Illinois, 4 from Florida, 1 from Georgia, 1 from Indiana, 1 from Maryland, 1 from Missouri, 1 from New Jersey, 2 from New York, and 1 from Texas.

Two of these lucky players, one from Florida and the other from Georgia, had purchased the Power Play option for an extra $1 per play, doubling their prize to $2 million. So guys, don't keep scrolling down the Powerball winners list, instead, check your numbers now! And if you haven't won any prize yet, you still hold the chance to become a millionaire with the $278 million Mega Millions jackpot.