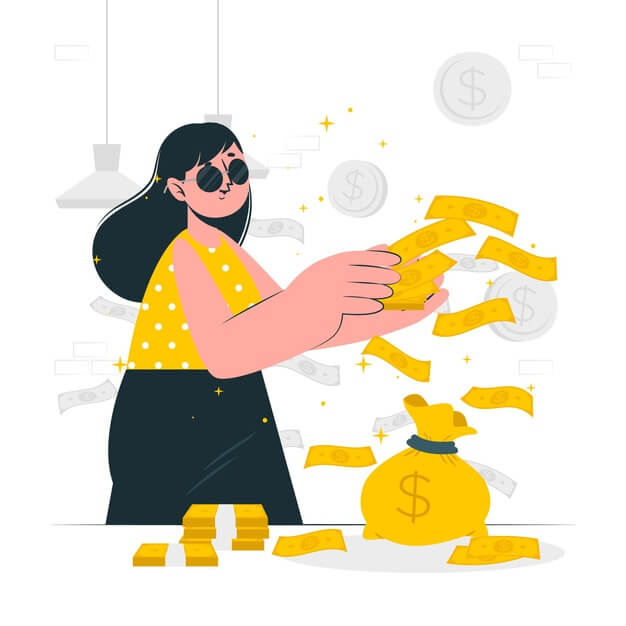 State lotteries are donating millions of dollars to education and other programs helping people. They are able to donate so much because people enjoy playing the lottery. Well, why wouldn’t they? The lottery is a downright exciting game to play. Imagine winning multi-million dollars in exchange for a $2 lottery ticket. This fact alone is enough to motivate half of the US population to play the lottery on a regular basis. And when the jackpot reaches a certain amount (typically over more than $300 million) even the non-regular lottery players buy tickets. Here are a few lottery stories that made headlines and made people really happy. Enjoy reading it-

1. The Largest Jackpot Won on a single ticket

In mid-October 2018, almost everyone was excited about the Mega Millions jackpot because it had rolled over to a point that it reached $1.537 billion. And on October 23, 2018, Mega Millions announced that there is a single winner for the jackpot worth $1.5 billion from South Carolina. But the mysterious winner did not turn up till March 11, 2019. There was speculation that the winner might have lost his lottery ticket or died of a heart attack after hearing the news that he won.  But when someone finally stepped forward and claimed the biggest single-ticket prize in history, it was a heartwarming moment for all lottery players. It gave us hope that it could us next time on the headlines.

Moreover, the winner claimed the jackpot intelligently. South Carolina allows anonymous prize claiming; therefore, the winner doesn’t have to worry about his or her safety. Also, the winner almost took 5 months to claim his winnings which suggest that he prepared a plan and will hopefully spend his money wisely.

2.Winner of $560 million goes to court to maintain her anonymity and wins!

New Hampshire allows winners to claim their winnings under the name of an entity or trust. But a ticket which is signed with the name of a person can’t be claimed anonymously. One woman signed the back of her lottery ticket because she knew that doing so would help her in case her ticket was lost or stolen. But what she did not know was that she was going to win half of a billion dollars. And that the state wouldn’t let her claim the prize under a different name than the one on the ticket.  She sued for her right to anonymity after winning the lottery.

Judge Charles Temple, in his ruling, stated, “The Court has no doubts whatsoever that should Ms. Doe’s (nickname, given to the winner) identity be revealed, she will be subject to an alarming amount of harassment, solicitation, and unwanted communications.” therefore, to maintain the integrity and transparency of the lottery, the judge asked the woman to reveal the winner’s hometown, the front of the winning ticket displaying the winning numbers, the date of any claim, and the total amount of the prize. Overall it was a win for lottery players and a heartwarming moment for people who are concerned about their safety after winning a lottery.

It is common in the US that coworkers or friends pool their money to buy lottery tickets in bulk. We have seen many lottery pools and entered more than one. So, this is a heartwarming story for all of us. A group of 22 coworkers from Las Vegas Paving Corporation landed a lottery jackpot worth $2 million. It was a big prize money for them. After splitting the money, they all walked away with $68,000 each.

Another good thing about their story is that they cooperated really well, there was no conflict or hard feelings between them. In fact, they were all happy for one another and wished well to one another. That’s the kind of spirit that gives good vibes.

4. A couple who donated almost all of their money

A Canadian couple, Allen and Violet Large, won big, scooping up around $11.2 million. The story is normal up to this point. But the good thing about this story is that the couple was in their 70s and donated most of their winnings to good causes like hospitals and charitable organizations. They proved that there is still plenty of good left in this world.

This is a heartwarming story for those who want to do something good for the world or at least give back to their community. Keep playing and looking for ways to give back to your community.

5. When $1.587 billion Powerball Jackpot was announced

Powerball was the first-ever lottery to shatter one billion dollar jackpot threshold and still holds the record for the largest jackpot. But the real heartwarming moment was when the winners of the $1.587 billion jackpot were announced in 2017. There were three winning lottery tickets for the jackpot and the cash prize was split amongst those three. Each lottery ticket owner walked away with an impressive $528.8 million. The jackpot was split between Maureen Smith from Florida, John and Lisa Robinson from Tennessee, and Mae and Marvin Acosta from California. Now, they are happily spending their windfall.