7 Ridiculous Things Only a Lottery Winner Can Afford!

7 Ridiculous Things Only a Lottery Winner Can Afford! 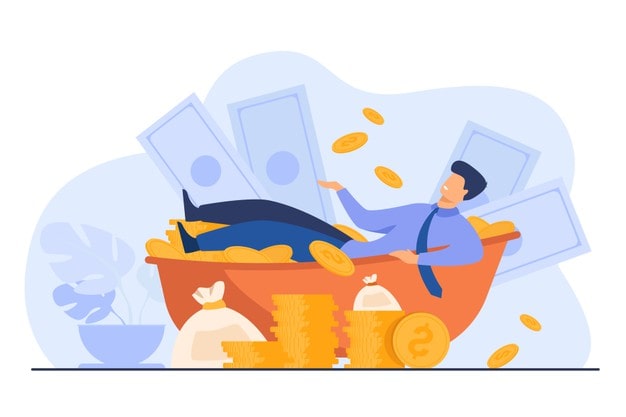 Do you play the lottery often? If you do, then you must have a list of things you’ll do when you win big. You might have imagined getting a luxury home, fancy cars, designer clothes,  but here are some ridiculous things only a lottery winner can afford.

Did you know that you can actually travel to space? Everybody wants to go on vacations to foreign lands, but a trip off of the planet is something extraordinary. You can secure yourself a spot on Richard Branson’s Virgin Galactic space, for just $250,000. You will officially be an astronaut, even if it’s only for a day.

Get your personal sports team on the field. Not the office league that everyone is forced to join but a legit sports team like the Colts or Yankees. You can name your team something fun like Ice cream or Unicorns because you can!

3. Buy a personal jet and fly around:

Buying a new house is no big deal, every lottery winner does that. Getting a private island is something no player has done yet. Buy a private island and invite your family and friends to vacation there. But be careful enough to hire someone for scheduling because if there are too many people, it will just be like an island, nothing private about it.

5. Build a Casino and name it after yourself:

Sounds amazing to me. Imagine having a casino named after you in Las Vegas, the conversations around the world could go like, “Hey guys let’s go to Vegas for the weekend” “Sure, where do we stay?’ “Umm, The John seems like a nice place” Great conversation. Isn’t it?

Okay, honestly, this is not an original idea. There is a lottery winner name John Kutey, who actually built a water park. He won $319 million in Mega Millions and donated $200,000 to construct Spray Park in Green Island, to honor their parents.  But still who wants a house with a pool when you can have an amusement park.

Sound thrilling, like the plot of a thrilling movie. Build a panic room, more like a panic condo. Everybody saves for their future emergencies, you can take it to the next level. This would be really handy if you expect zombie apocalypse, terrorist attack, hostage situation, natural disaster, or hide and seek. This is a kind of thing only a lottery winner can afford, so take advantage!