Do You Believe in Good Luck Charms?

Do You Believe in Good Luck Charms? 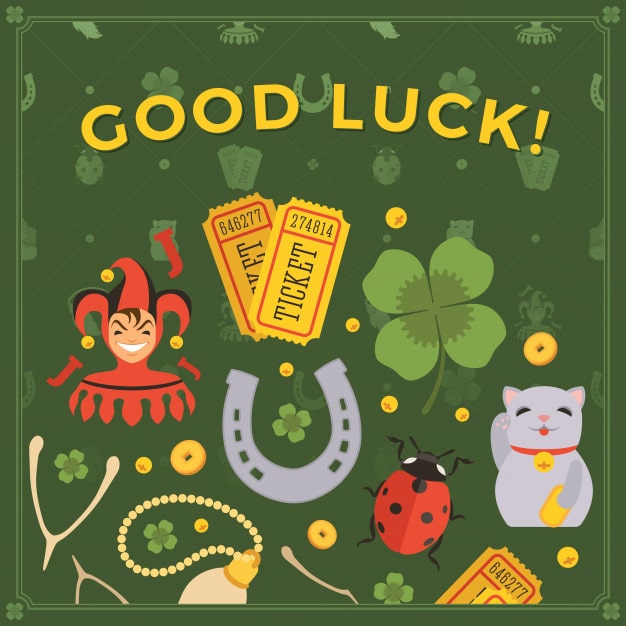 Many people do.  And for centuries, people all over the world have been using special objects, animals, and symbols to protect themselves from harm, increase their wealth and fortune and make their wishes come true. If you play the lottery regularly because you feel lucky, chances are you also believe in lucky charms. These “good luck” charms often tie into a country’s history in some way and many are still used today.

Here at thelotterylab.com, we have compiled a list of the most interesting good luck charms used across the world. Have a look!

Keys have been considered a symbol of success and fortune around the world. For instance, Jewish midwives used to give keys to a woman giving birth to ensure the safe delivery of the baby. In Eastern Europe, it was believed that hanging a key upside down on the wall over the bed prevented bad dreams.

Dry acorns were carried by the English during the Norman Conquest to protect themselves. Acorns are thought to be a symbol of luck, prosperity, and power in England ever since.

In the US, bats may make you think of horror movies and Halloween, but in China, bats are often worn as lucky charms. Thought to ward off evil, bats are considered to be a symbol of good fortune and happiness.

In many central European countries, a traditional Christmas meal contains a lot of carp. Once the meal is over, people often keep the carp scales in their wallets until the following Christmas Eve for good luck. This ritual sounds interesting, right?

Dolphins are super cute but in Rome, they are also considered as a symbol of protection. The picture of a dolphin is said to bring good luck. People gift pictures or little sculptures of dolphins to each other for good luck. Ancient sailors who spent months away at sea found the sight of dolphins swimming near their ships was the first sign that land was near.

A symbol of wisdom, stability, and longevity, elephants are considered extremely lucky in India, due to their intelligence and long lives. In fact, one of the best-known Hindu deities is the elephant-headed Ganesh, who removes obstacles and brings luck and is worshipped before taking on any venture.

Popular on St Patrick’s Day, the four-leaf clover is a symbol for good luck in Ireland, especially since four-leaf clovers are not as common or easy to find as the three-leaf clovers. It is believed that the four leaves represent the Holy Trinity. The three leaves of a shamrock are also said to stand for faith, hope, and love. A fourth leaf is where we get the luck from.

Drawn from ancient Mesopotamian culture, the hand-shaped Hamsa charm is often used to decorate homes, offices and public spaces or worn as an amulet. This symbol is thought to ward off the evil eye and encourage good luck.

In Ancient Egypt, ladders were placed in tombs to help the souls of the dead ascend to the heavenly afterlife. This is probably why they were seen as some as a symbol of good luck and fortune.

Maneki-Neko is a porcelain cat figure that is displayed at the entrances of businesses in Japan. These beckoning cats are thought to bring business fortune and success. They come in different sizes and colors, which represent a different kind of wealth. For instance, gold means wealth and black wards off evil.

In Germany, pigs are thought to bring good luck and wealth. They are also associated with fertility. They are often found in candy, shaped as treats with a four-leaf clover and featured on New Year’s cards.  “Glücksschwein” is a German expression that translates to “lucky pig”.

Bonus Read: The Luckiest Man On the Planet: Bill Morgan

A rabbit’s foot is one of the few good luck charms that is recognized in many countries, such as England, Spain, the United States and more. The idea originates from the Celtics who believed that since rabbits lived so deep underground, they had the ability to speak to spirits in the underworld. Nowadays, it is considered lucky to carry a rabbit’s foot.

A tumi is a ceremonial axe from Peru, often seen hung on walls and doors to bring good luck. Once used for religious sacrifices and ritual ceremonies, it is now the national symbol of Peru.