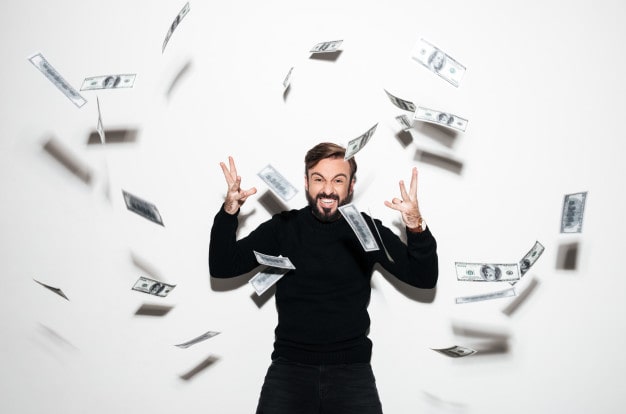 Lucky winners often win millions of cash in the lottery but it is a matter of time that they run out of their money. Want to know the reason? Read about these extraordinary purchases made by some lucky winners-

Jonathan Vargas, a former construction worker, won $35.3 million in the US Powerball lottery. He was just 19 in when he became one of the most lucky winners in 2008. After claiming his winnings, he started off the way we would expect from a teen: partying hard and spending his money on frivolous things. But soon he decided that he wanted to maintain his newfound wealth; therefore, he thought of starting something unique. He enrolled himself in a personal finance course and started a business venture by creating a female wrestling TV show. He also invested in other business ventures as well. But unfortunately for him, his efforts did not pay off and his TV show only lasted one season. His other business investments fizzled as well. In the end, he filed for bankruptcy.

Honey, I Won the Lottery, Here, Have an Engagement Ring

Some marriages end in divorce after a big lottery win but here is a big lottery win that ended up in an engagement! A man from York won a cash prize worth £80,000 and knew exactly what he was going to buy with it. This 30-year-old man picked 5 correct numbers and scooped a healthy cash prize. Considering how he spent his money, his excitement soon turned into a joyous reason for celebration. Like other lottery winners, he had a list of things he’d buy but an engagement ring topped his list.

What could be better than starting a new life together with lottery money? The couple is planning a “big fat wedding” ceremony. First thing came the gorgeous engagement ring, then the venue, the cost of the minister, drinks and catering, outfits and so on. Hence, our anonymous winner is all set for a great wedding ceremony.

Bonus read: 11 Amazing Lottery Winning Stories from Around the World

Nurses are known for their generosity and they do the hardest job of all. This is the story of a group of 100 nurses who work in the same hospital in Missouri who won $10,000 in the state lottery. They were delighted at the win but instead of splitting it, they decided to give it away to their colleagues. After taxes, they were left with about $7,200 which means $720 each. Instead of treated themselves to a meal, or having a night out, they decided to donate to two colleagues. The first one lost her son to suicide while the second was is drowning in medical bills because her husband has cancer. That means that each recipient received about $3,600. This was the first big win of this syndicate which makes their kindness and compassion even more remarkable. Let’s just hope it pays off for them and they receive an even bigger win in the future!