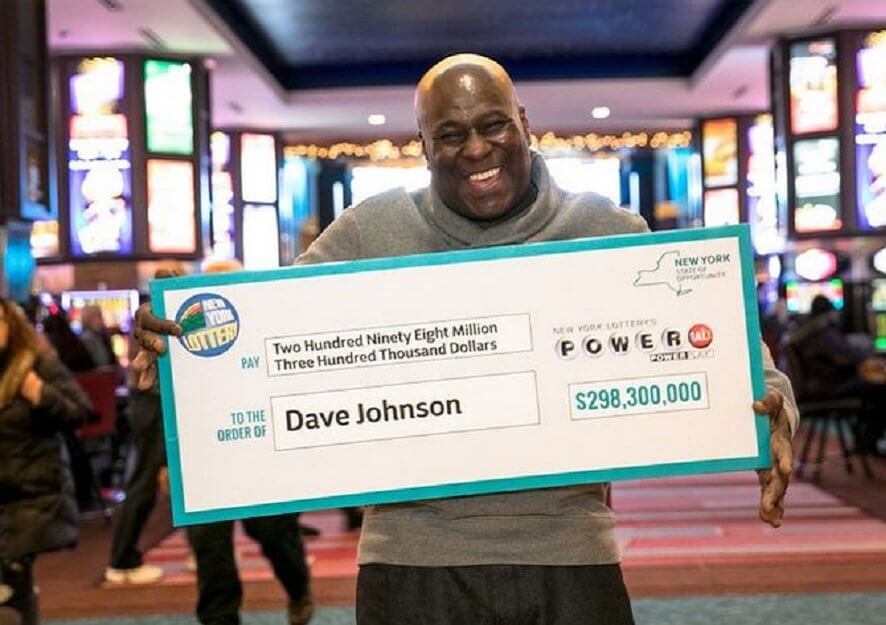 David Johnson is the happiest man in New York City after his $298.8 million jackpot makes him the second New Yorker to take home the lottery’s top prize.

He won the Powerball drawing held on December 26, 2018 (Happiest post-Christmas gift ever). What makes this jackpot even more special? It was the third consecutive Powerball win for the New York Lottery. David Johnson is a 56-year-old truck driver who managed to get all 6 numbers correct-

David Johnson is a regular player of various lotto games like Mega Millions, Powerball, and New York Lotto, who always dreamed of scoring one of the big jackpots. He finally managed to win and decided to take lump-sum home, a total of $180,227,550. After the required taxes, Johnson would be left with a total of $114,091,248.

Johnson wasn’t aware he had won until his colleagues told him that the winning ticket had been sold at Arnold’s Service Station on Linden Boulevard. This shop sits across the street from Iberia Foods, Johnson’s workplace. And it was the exact shop he used to buy his lottery tickets from. In an interview, Johnson said that he went to the store and gave his lottery ticket to the store clerk to scan the ticket and confirm whether he won or not. The clerk scanned the ticket and congratulated him. He was shocked and scanned his ticket once again just to be sure. When he scanned it a second time he saw that the results read BIG WINNER.

Johnson moved to the US from Jamaica as a teen. After winning the jackpot, he is considering plans for his windfall. He plans to bid goodbye to his truck driving days and set off for a new beginning. He exclaimed, “I’m not going to work, I’m quitting right away!” He plans to buy a red Porsche for himself, a bigger house for his family, and other small items as well.

After reading this, if you have an urge to buy a lottery ticket, just try out our advanced tools and other relevant information. It may help you pick better numbers and boost your chances of winning. You might end up being the next winner of the Powerball jackpot, which is currently rolling on $137 million for the next draw!