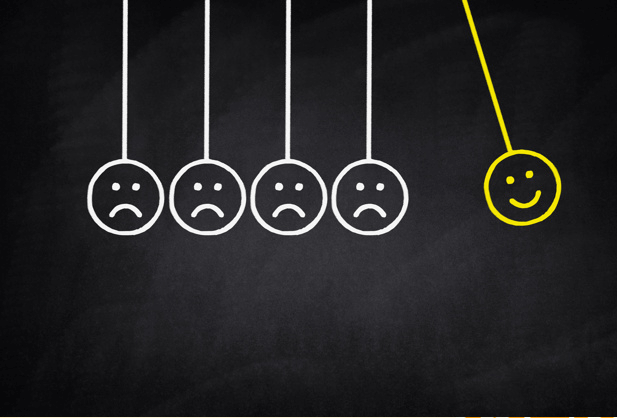 People view the lottery as an opportunity to change their lifestyle and to some extent this is true. With the rapid increase in jackpot sizes, winning a lottery can really make you a millionaire (or even a billionaire). But becoming rich is not the same as staying rich, especially when you can’t handle the sudden wealth and fame. Here are some of the most unlucky winners of the lottery of all time and what you should learn from them.

Urooj Khan was a resident of Chicago and won a cash prize worth $1 million. He was 46 -year-old at the time and claimed his winnings right away. He chose to take his payment as a lump sum and received the check on July 19, worth $425,000. But he never got to receive his winnings because he was pronounced dead the very next day. Authorities reported that his cause of death was natural, caused by the hardening of arteries. But one of his relatives paid for a more thorough autopsy which revealed that Khan had actually ingested cyanide, a lethal poison. His case is being investigated as a homicide but some people did profit from Khan’s winnings as his check was cashed on August 15. Winning the lottery can invite serious safety threats. Therefore, you are encouraged to keep their winnings private (if their state allows) and report the threat or unusual activity to the authorities right away. Stay safe and enjoy your winnings!

The net worth of Andrew “Jack” Whittaker was around $17 million when he won the lottery.  He is believed to be the wealthiest man ever to win a lottery jackpot. He won a Powerball cash prize worth $315 million in December 2002. But after he won the lottery, he started spending it without any consideration and began drinking heavily. He spoiled his granddaughter with cash and 4 luxury cars. Not long after, his granddaughter’s boyfriend died of a drug overdose in his own house and his granddaughter also died of a drug overdose 3 months after the boyfriend’s death. Whittaker’s daughter (his granddaughter’s mother) was also found dead after 5 years. Eventually, his wife filed for divorce. In the end, Whittaker was left with no money and no loved ones. A lottery is something you should play responsibly and you should spend your winnings just as responsibly. Make a budget for your winnings and do not “over-treat” yourself. If you don’t give a second thought to how you are spending your money, you will eventually find that you have time to regret what you have done. Be cautious about how you plan to spend your money!

Just like any other jackpot winner, when Billie Bob Harrell, Jr. won the jackpot he was overjoyed.  He took his family on vacations, made generous donations, and bought cars and houses for his friends and family. But with the winnings, he also received unwanted attention.  He was forced to change his phone number several times because strangers were constantly asking for donations. He made a bad deal with a company that offered him a lump sum of cash in exchange of his annuity installments which left him with far less than what he had actually won. Not long after, he separated from his wife, Barbara Jean.  This was just the beginning of a downward spiral that lead him to commit suicide. His son found him dead inside his own home with a self-inflicted gunshot wound, right before he was set to have dinner with his ex-wife, on May 22, 1999. While family members were shocked by the suicide of Billie Bob Harrell, Jr., his financial advisor reported that not long before, Billie said that “winning the lottery is the worst thing that has happened to him.” When you win the lottery stay as far as possible from the limelight and assemble a professional team to guide you through the legal and financial issues. They can protect you from bad financial choices and make sure that you continue to enjoy your good fortune.

In the case of William Post III, more money, more problems turned out to be more than true! After winning about $16.2 million, he fell victim to tragedy, bankruptcy, crime, and poor money spending habits. He purchased a restaurant, a used-car lot, and an airplane. Not only that, his 6th wife convinced him to invest in a string of bad business ventures. Just 3 months after his win, he was $500,000 in debt. But financial problems were the least of his worries as his own brother hired a hitman to kill him to inherit his winnings. He also faced a stint in jail for firing a gun at a bill collector. William Post’s story is so full of poor decisions that it is difficult to know where his troubles really began. It is important to stay sane when you gain sudden wealth.  If you have a history of poor decision making (and a man on his 6th wife can’t be making good decisions), use your professional team to forbid you from making poor financial decisions.

This unlucky winner never ran out of money.  Instead, he had nearly $1.3 million in the bank when he died. He was spending his wealth fairly normally. He bought a luxurious new home and rented a $560,000 luxury box to watch his favorite soccer team, Aston Villa. He quit his job and started drinking “out of boredom”. Not long after, his wife left him. While he was being treated in rehab, he met a con-man name James Prince, who convinced him to make shady business deals, and gained access to his bank account to the tune of $1.1 million. The common thing between these unlucky winners is that they either lost their money or loved ones. Some of them even lost their lives. Take reasonable precautions before claiming and spending your lottery windfall to protect yourself from an unfortunate series of events.

For more, read: Don’t End Up Losing Your Jackpot!