Lottery syndicate- Is this worth it?

Lottery syndicate- Is this worth it? 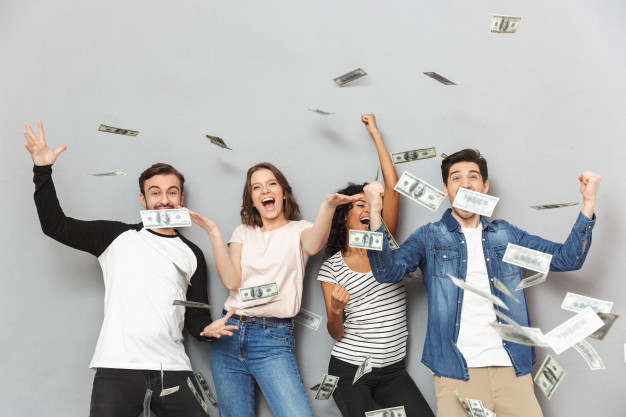 Ever since Gary Baron allegedly won the Powerball in a lottery syndicate, we have questioned whether or not syndicates are worth joining – because just like Mr. Baron’s syndicate members, we could get cheated out of millions.

Let's have a look at what exactly is a lottery syndicate. And also evaluate the various factors to determine whether they are worth it or not!

What is a lottery syndicate?

By a simple calculation, the more tickets you buy in a lottery game, the better chances you have of winning. This is the reason behind the appeal of lottery syndicates.  A lottery syndicate improves a group of players’ chances of winning because players pool their resources to purchase tickets. Thus,  for the same price as they would individually play, a syndicate member can lay claim to a larger number of tickets.

This technique increases a player’s chance of winning but reduces the amount of money he would receive if the syndicate won.  This is because the syndicate pays all players who put money into the game equally.

Why participate in syndicates?

You can form a syndicate with your friends, family, work colleagues. Or join existing syndicates which lets strangers participate as well. The more people who join your syndicate, the more tickets the syndicate will be able to buy. It will also make the odds of winning the huge jackpot or even lower-tier prizes better.

Hence, the most obvious reason players participate in syndicates is to increase their chances of winning. Other reasons include that it can be more fun as a group and can even create something in common with colleagues you wouldn’t normally associate with. And being part of the syndicate can ensure that you aren’t the only one left at the office when everyone else moves on with their winnings!

However, there have been countless cases where a syndicate allegedly won but syndicate manager took the money for himself. Therefore, we take a look at whether or not it is really worth playing in a syndicate.

Is participating in a syndicate worth it?

Let’s consider what happened in the case of Gary Baron.

In 2014, Gary Baron along with 13 other people established a lottery syndicate and collected $20 from each member. Fortunately, one of their tickets ended up winning the cash prize worth $50 million. The owner of that ticket, Gary Baron, kept about $16.6 million for himself. He claimed that he purchased tickets worth $46.5 in addition to his investment in the syndicate and that the winning ticket was one of those.  Naturally, the case was highlighted in the media and they covered the long legal battle. Eventually, the other parties received a substantial payout.

In short, the biggest challenge for a syndicate is clearly defining who is a member of the pool. And what happens when members purchase tickets outside of the pool.  This is particularly important when the leader of the syndicate is purchasing tickets for the group and for himself.

Along with syndicate disasters which are often cheerfully covered by the media, there are many quite success stories as well. Take the example of 10 strangers winning a share of $30 million in Oz Lotto in 2015, each successfully sharing the prize pool.

Draw up a syndicate contract

A Syndicate contract can be the best solution for stopping other members from causing legal hassles for the syndicate. Have an official piece of papers signed by all parties to include all the conditions in a clear manner to avoid ambiguities and confusion. Not only will this establish a sense of security but will also make it easier to claim and distribute the winning prize between the participants of the lottery syndicate. An official contract would have been sufficient to diffuse the situation Mr. Baron found himself in. Make sure the participants are aware of the conditions in the contract before entering the lottery pool.

A lottery syndicate is a simple and effective way to increase your chance of winning. But you need to keep that in mind that you can’t get selfish and keep all the winnings to yourself. Others have contributed to the lottery ticket; therefore, they deserve their share of the prize. Increasing your chances of winning is always ideal, but it is important to remember if you do win you have to split the prize pool between the number of people that you have entered the syndicate with you. These two factors need to be evaluated and you need to individually determine if you think increasing your chances of winning outweighs the challenges of splitting a prize.

The Lottery Lab advice that you always create a contract between the parties. Especially, if you do not know your syndicate members very well. If you are entering a syndicate with your family members, it is still important to draw a contract so that you don’t damage interpersonal relationships with arguments and hurt feelings.