The Luckiest Man On the Planet: Bill Morgan

The Luckiest Man On the Planet: Bill Morgan 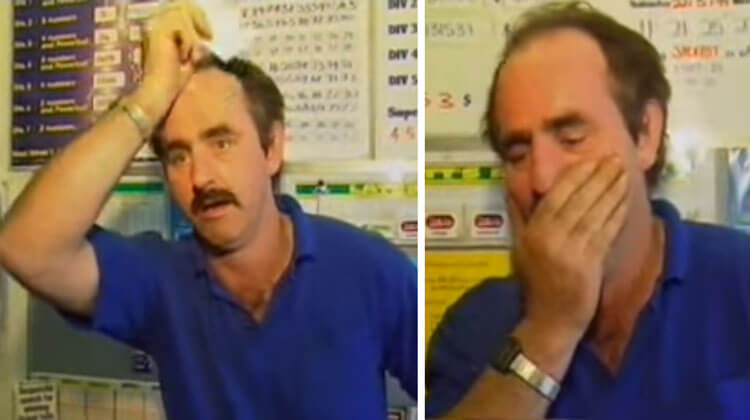 This is the curious story of an Australian man who seems like the guy next door but hides an extraordinary story. Local folks call him the luckiest man on the planet. Bill Morgan: BIlnOur story begins all the way back to 1999 when Bill earned “an okay living” as a truck driver and was living a modest life with his girlfriend. One day he was involved in a terrible traffic accident. At the hospital, things got worse for Bill because He was put on medication that accidentally stopped his heart for about 15 minutes.

Doctors declared him clinically dead but managed to get his heartbeat back. But 15 minutes with no pulse was long enough to deprive Bill’s brain of oxygen and send him to the coma. His condition was so bad that doctors went so far as recommending that he be taken off life support… twice.

This was when luck entered Bill’s life. After 12 days in the coma, he suddenly woke up with no sign of brain damage or loss of function. His near-death experience was enough to make him think about the direction his life was heading in. He quit his truck-driver job, proposed to his girlfriend and bought a scratch-off lottery ticket.

When he scratched-off the lottery ticket and couldn’t believe his eyes.  He had won a brand-new car worth $17,000 (AUD) which would be worth about $25,000 (AUD) in today’s dollars. Most scratch-off lottery winners had won free ice-cream from that lottery. Hence, winning a brand-new car was a big deal. After his car win, some local media approached him for an interview and he was modest enough to oblige them. A media crew came up with an idea of reenacting the day he won the car. It was a bit unusual but Bill agreed because according to him, “it would make a great story for telly”. Therefore, they went to a local lottery retailer, the same store he purchased his previous ticket.

They got everything on film

The whole incident was filmed. Bill parking in the parking lot of the store, approaching the ticket corner, buying a ticket, scratching it off, and looking at the ticket with disbelief. The crew was very impressed with his natural acting but little did they know he wasn’t faking it. He said, “I’ve just won $250,000. I’m not joking!” He almost collapses when the realization sinks in! He just survived a stopped heartbeat. 12 days in the coma. A brand car in lottery win and $250,000 in another lottery win. According to Bill, it was utter luck and he did not expect any of this. However, it feels so good and overwhelming to be the luckiest man on the planet.