Richard Lustig: His Assumptions, His Secrets, His Story, and His Book

Richard Lustig: His Assumptions, His Secrets, His Story, and His Book 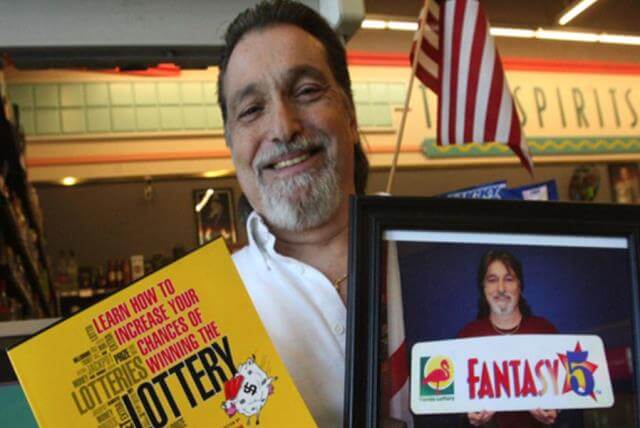 Richard Lustig is a well-known name amongst regular lottery players. Some idolize him whereas others just think of him as a lucky fraud. Richard Lustig won seven times in the lottery. Considering the low odds of winning a lottery even once, it is exceptional that someone could win the lottery seven times. That is what made people curious about Lustig.  They all want to know how he managed to pull off his wins. According to Lustig, he made his own strategy and followed it thoroughly which resulted in multiple wins. He developed the strategy over many years of playing the lottery.

Who is Richard Lustig?

Everyone knows Richard Lustig as a 7-time lottery winner. Richard is a resident of Florida who made headlines as a man who won the lottery seven times. He scored those wins between 1993 and 2010. He managed to scoop up a total of $1 million or more. Unlike most lottery winners, he enjoyed the limelight and successfully made a business out of his success.

Net worth and total winnings of Richard

He scooped up a net total of $1,052,205.58 before taxes from his seven lottery wins. Here is a list of detailed winnings-

This may seem like an unbelievable winning streak. But what Lustig doesn’t talk about is that he also lost a lot of money chasing those wins. Between his wins, he was playing constantly and lost most of his winnings on lottery tickets. He barely used the money on any other investment. It is safe to say that he was addicted to the lottery and it can be assumed that he wasn’t left with anything spectacular.

In 2010, Lustig finally stopped spending his money on the lottery and started capitalizing on his fame instead. This is probably the cleverest thing he did. By this point, he had become a legend (or to some folks, notorious) among the regular lottery players. Therefore, he used his reputation to sell his product: a 40-page booklet with the title “How to Increase Your Chances of Winning the Lottery”, available at a price of $40 per copy.

As predicted, his book was an instant hit and managed to capture the third spot on Amazon’s best-selling self-help book’s list at that time. Basically, the book gives a lottery formula as following-

The formula is not perfect as there are many people who have won the lottery with quick-pick tickets, and mathematically, the winning odds for each number is the same. Richard also recommends that people stop playing the numbers from the previous result because the same numbers never win. It might be true to some extent but there are several instances where the same number appeared in separate draws.

Considering the formula he suggested in his book, Richard Lustig certainly can’t guarantee a win. Moreover, you don’t need a special strategy or skills to win the game. The lottery is a game of chance and you need to beat the odds to win a prize. Try tools like Frequency analysis or Transition matrix for better odds at winning, offered by The Lottery Lab. As for Richard, he did nothing special, he just kept playing and reinvesting his winnings back on the lottery.