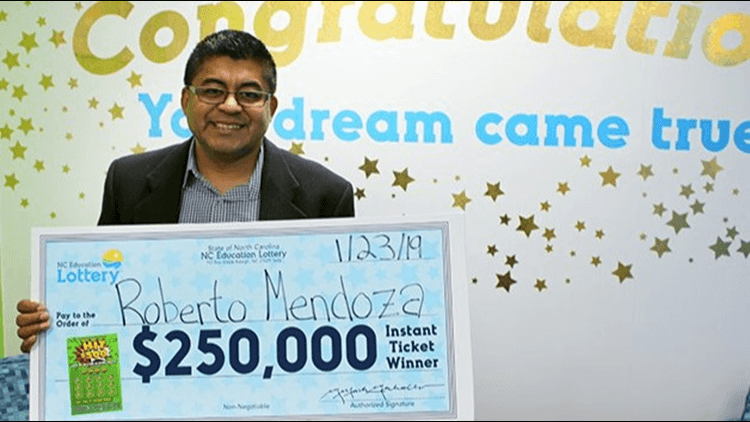 Roberto Mendoza won a lottery and instead of making luxurious purchases, he chose to feed the homeless people. He surely is the most generous lottery winner!

Introduction to the most generous lottery winner

When it comes to famous lottery winners, most gain fame after winning a lottery jackpot but this gentleman was famous before he won. Roberto Mendoza has served as personal chef to former Presidents Barack Obama, Bill Clinton, and George W Bush. Not only that, but he also appeared in many several Academy Award ceremonies. He’s listed as a top chef by many chef awards. Roberto Mendoza has many achievements to be proud of but he’s making headlines for another reason. He recently won a cash prize in lottery worth $250,000 and he is giving it all up to feed homeless people.

Mendoza used to work at the Beverley Hills hotel but recently he shifted to Charlotte, North Carolina and works for a large, well-known brand. According to him, the win has given him the opportunity to impart some of his good fortunes. He admitted to never winning anything like this in the past.   He said he purchased the lottery ticket because his mother was feeling lucky and asked him to buy a ticket and he bought a scratchcard lottery ticket worth $5.  Happily, the ticket came up with the largest prize and he won an incredible amount of cash. He indeed was lucky as it was the last of the six top prizes- five others had already been claimed.

How he spent his money

Upon receiving his prize, he admitted that he does not intend to benefit from the lottery win. Rather, he wants to use the lottery money to feed homeless people locally. Further, in relating his story, he spoke of his concerns as a child in El Salvador. He recalled when the food was hard to come by due to the ongoing war. He was 14 or 15 at that time and had nothing to eat and said he understands how difficult it is for homeless people to have access to food as they struggle with the basic necessities of life. Mendoza has a long history of helping the poor and needy. He feeds homeless people from the streets of Charlotte every weekend. Looking at his generosity, this world is really in need of people like him.