Couple Won the Lottery Jackpot and is Excited to Give the Most of It Away!

Couple Won the Lottery Jackpot and is Excited to Give the Most of It Away! 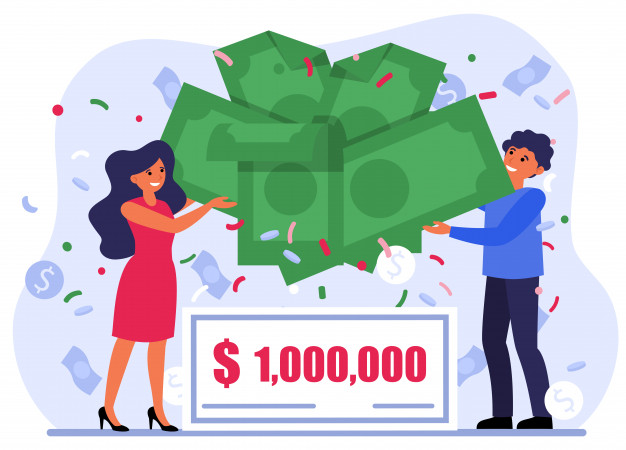 At The Lottery Lab, we have heard many lottery-winning stories. But there is something unusual about a couple who just won a staggering £115million in the EuroMillions lottery.  It isn’t that they are the fourth-biggest lottery winners in UK history. It is that they are excited to give it away!

Patrick and Frances Connolly are a quiet and unassuming couple from Northern Ireland who won the lottery on New Year’s Day 2019.  When asked what they are going to purchase with their windfall, they didn’t list extravagant cars and holidays., Instead, they expressed their plan to give most of their sudden fortune away to at least 50 mystery recipients.

The Connollys are not celebrating their win as you might imagine.  In reality, the middle-aged couple is tearing their hair out, desperately worried about offending those who they are unable to help. They want to help everyone they know and everyone who approaches them for the money. But no matter how much money you have no one can help everybody.

The series of decisions of whom to help is agonizing. At an extraordinary press conference Mrs. Connolly, 55, said, “I’m going to cry myself to sleep that I can’t help everybody, that will be really tough.” She added that it would be “heartbreaking” to receive letters from members of the public begging for money.

They said that local charities already have begun to clamor for a share of the winnings, while locals revealed that everyone was urgently scouring their family trees in the hope they were distantly related to the lucky couple.

The couple decided to give a lion’s share of the winnings to a list of 50 friends, family members, and charities, some of whom will become millionaires overnight, they said. According to them most of those on the secret list are still unaware of their sudden fortune.

The £114, 969,775 prize was the fourth biggest in UK history, and the biggest ever in Northern Ireland. The couple with three daughters has been married for 30 years and they are planning to share the good news with most of their friends in person. Mrs. Connolly also plans to complete her Ph.D. in Clinical Psychology.  She said, “The pleasure for me will be seeing their faces and asking what they want us to do for them.” Her husband, Mr. Connolly 54, spent his entire career in plastics manufacturing and is retired now.

They revealed some of the recipients of their good fortune include: St Francis FC, a community football club in Hartlepool, where they lived for 24 years. It is expected that their daughter Fiona, 24, will make the cut, along with her twin sister Natalie, who will soon return from a trip to New Zealand to congratulate her parents.

The news that up to 50 of the couple’s closest friends could soon become millionaires sparked immediate intrigue in the village, which has a population of under 5,000, with many wondering who is on the secret list. Let’s just say, some people are genuinely going to be happy for the couple’s win.