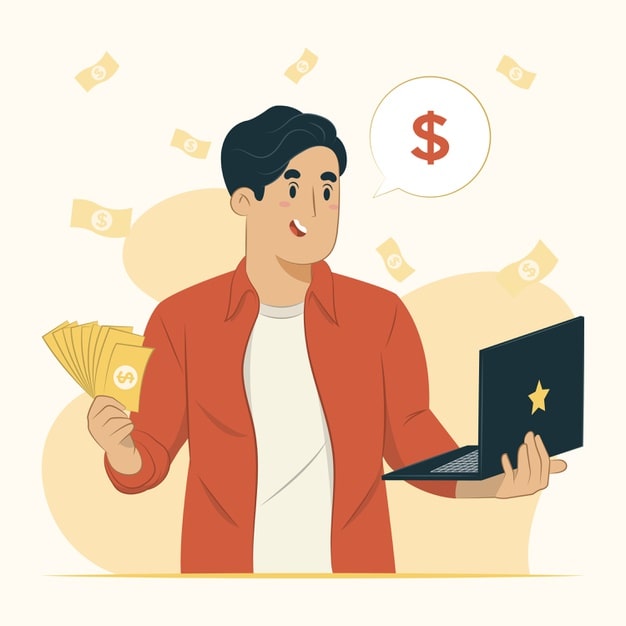 On January 13th, 2016, the Powerball jackpot reached $1.6 billion.  That day three lucky ticket holders became multi-millionaires in the blink of an eye.

Six months later, one of those winners, Marvin and Mae Acosta, stepped forward to claim their $528.8 million share of the prize. The couple chose to take the cash option, which amounted to $327.8 million before taxes.

It turns out that the prize didn’t actually change.  The $200 million didn’t go anywhere and nobody took it.  What happened is that the Multi-State Lottery Association (MUSL) which operates Powerball changed the method of counting the prize money.  How can they do this? Well, it all comes down to what accountants call the “time value of money”.

Here is how it works:

Suppose I give you three options to pick from -

For almost everyone, Option A is the preferred option.  $100 now is better than $100 later. What’s more if you had to pick from only Option B and Option C, you would most likely go with Option B because sooner is almost always better than later.

What this means is that money has a “time value”.  How long you have to wait to receive money influences how much the money is worth to you.

Pricing the Time Value of Money

Once we recognize that there is a time element to the value of money, we have to wonder how much that time element influences our decisions.  It turns out that there is a whole industry of financial experts and investors who constantly set market prices for money over different time periods.  These experts apply a “discount rate” to future income to determine the “present value” of the future money.

Private citizens, corporations, and even municipalities can purchase a guaranteed income stream called an annuity.  An annuity is a series of annual payments at a fixed value for a fixed number of years.

There are two different ways that you can count the value of that income stream.

The alternative is to calculate the amount of money that you would have to pay to purchase an annuity that pays $100,000 every year for 20 years using the discount rate.  The math for this calculation is a bit beyond the scope of this discussion, but if we use a discount rate of 5%, the present value is $1,246,221.

Now let’s return to the case of Mae and Marvin Acosta.  Remember that the advertised value of their winning ticket was $528.8 million, but when they selected the lump sum option, they only received $327.8 million.

What Does This Mean to You?

Understanding the difference between the present value of a lottery (the lump-sum) and the total cash value (the annuity) protects you from disappointment.  Imagine how the Acostas felt when they discovered that they were not getting $528.8 million but about half that! And they still had to pay taxes!

Of course, you probably don’t see much difference between $500 million and $300 million.  Both are going to completely change your life. But what about the difference between $5 million and $3 million?  Even though these sound like big numbers $3 million before taxes is unlikely to be enough to support you indefinitely.  That means understanding what you really stand to gain in a lottery helps you manage your decisions when you win.

So What To Do?

When looking at a lottery, the first thing you want to know is whether the lottery offers a choice of an annuity or lump-sum.  In the majority of cases, lotteries only offer lump-sum payments.

For lotteries with prizes rising to the millions of dollars, many offer a choice.  In these cases, make sure that you know what is being advertised: the lump-sum value or the annuity.  If you don’t know or can’t tell, it is best to assume that the annuity value is being advertised because the total cash value will always exceed the present value of the lump-sum payment.

There are a few lotteries that only offer an annuity.  These lotteries tend to stand out because they advertise themselves a “for life” or “every week for a year” prizes.

In the table below, we list lotteries covered by The Lottery Lab that offer an annuity.

* Prize is good for one year only

The Curious LotteryAnnuities of Powerball and Mega Millions

For most lotteries that offer the option of an annuity, they purchase the annuity so that the winner receives equal payments each year.  You can easily imagine that over 20 or 30 years what was a tidy sum of money in year #1 starts to feel smaller and smaller as inflation rises the prices of everything you have to buy in year #20.

But when it comes to Powerball and Mega Millions, they use a different approach.  They don’t purchase an annuity with equal annual payments. Instead, they structure the annuity so that each year the amount of cash the winner receives grows by 5%.  This doesn’t actually mean that the annuity is different in any fundamental way. In fact, it means that the very first payment on a Powerball or Mega Millions annuity is significantly less than the first payment of an equally valued lottery that gives equal payments.  But it does reflect the concern that MUSL and the Mega Millions Group have for the long term financial well being of their winners.

One Last Point about Lottery Annuities

Every lottery commission has a set of rules that governs what happens to a lottery prize as time passes.  One of the major rules has to do with the amount of time winners have to claim their prizes, but there is another less obvious rule that applies to annuities.

Once a winner steps forward to claim their prize, they have a set amount of time to determine whether they want to take the lump-sum or the annuity option.  This time limit varies by state.

If a winner doesn’t declare the way they want to receive their prize before this deadline, each state has rules about whether they will be forced to take their prize as a lump-sum or an annuity.  What is most interesting about this situation is that there is not a common rule among states. Some force tardy winners to take the lump-sum while others mandate the annuity.

As a result, it is a good idea to know the rules before you show up to claim your ticket.