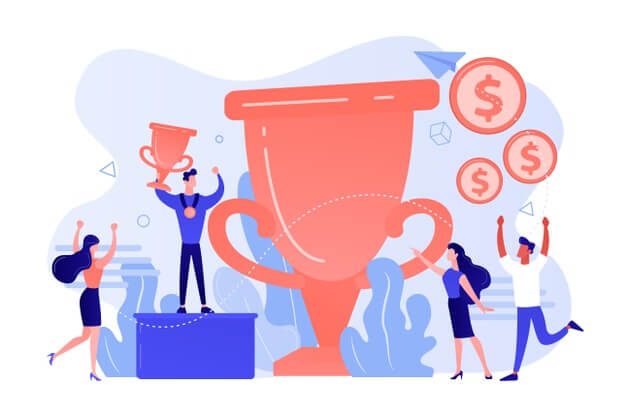 There is plenty of stories which can make a lottery win seem like a curse. It’s can seem like no winner is happy.  That no matter how cautious or careful you are you will somehow lose everything after winning big in the lottery. However, that is not true. There are people who used their winnings wisely and are actually living happily ever after with their win. Here are some happy lottery winning stories for you-

This Canadian couple won $11.2 million in the lottery in 2010. They made headlines in 2010, not for winning big but for giving most of it away. The pair was in their 70s and they decided that others needed the money more than they did. Therefore, after setting up their family members financially, they donated most of their winnings to hospitals and other charitable organizations.

This Scottish couple won a remarkable $250 million in the lottery. While they could have chosen a lavish life with the money, instead, they chose to give away their money to causes that moved them over the years. They made notable donations to a girl suffering from cerebral palsy, a promising young artist, and a child in need of a prosthetic limb. Also, they helped their neighbor who was a teen mother and contributed as much of the money as they can to do good causes through the Weir Charitable Trust they founded. They say they are satisfied with the way they are spending their lottery winnings.

This couple won big in Mega Millions. They are from a small town in Washington state and won half of a $380 million prize, which was the second largest jackpot in US history at that time, in 2011. They claimed their part of the jackpot and took the winnings home. While going on an extravagant trip seemed completely rational and affordable at that time, the couple took their time. Instead of blowing their money, they set up a trust to help their descendants live easily. They receive monthly installments and spend their money accordingly. Hence, their money will never run out and they don’t have to worry about their routine expenses.

In 2012, 81-year-old Louise White won around $336 million. She claimed her prize, picked the lump sum payment option, and took around $210 million home. The first thing she did was hire a legal team which helped her establish a trust. She never shared the details about her exact plans for the money. But she did mention that it is going to make her family happy. The trust will offer money to her family members in installments.