Average Spending on Lottery in the Different States

Average Spending on Lottery in the Different States 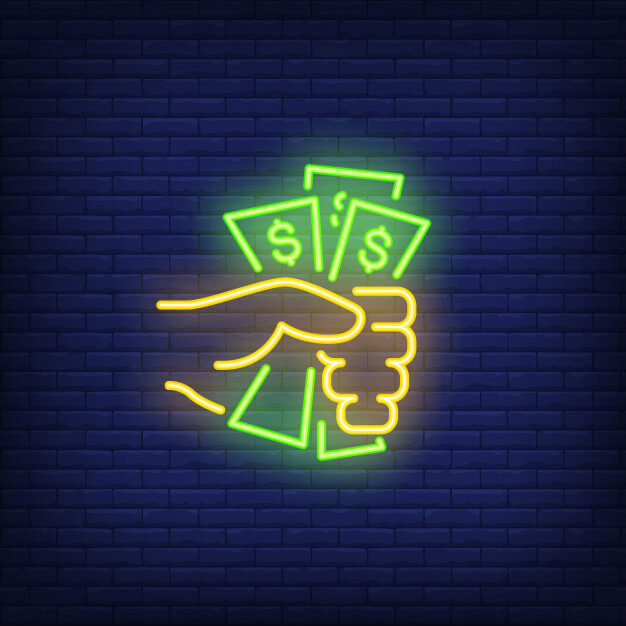 Lotteries operate in 44 states including the District of Columbia and the US Virgin Islands. The games and ticket sales can go crazy, especially when there is a monster jackpot. According to the data released by the US Census, an average US adult tends to spend about $313 a year on lottery tickets. But if we analyze the data by state, one state can stand out as the biggest spender of all!

Let’s find out which state spends most on the lottery!

Here is a count down of the 20 states where people spend close to or more than the average on the lottery.

In Missouri, the lottery was launched way back in 1986. The largest-ever jackpot won in Missouri is a $293.75 million Powerball prize which went to a couple from Dearborn, Missouri, in 2012. According to the US Census data, the average amount spent by an adult on the lottery annually is $276.76 in 2016.

A bartender from Billy Goat Tavern was the first major lottery winner from Illinois who won in 1983. The average spending of adults in Illinois on an annual basis is as high as $289.69.

Adults from Virginia like to play the lottery, very much. Average spending on the lottery in Virginia is recorded as high as $293.73 by the end of 2016.

In 2016, the luck of a lottery player from Tennessee finally struck when he won $528.8 million from one-third of the $1.59 billion Powerball jackpot. No wonder, adults from Tennessee like to play the lottery, a lot. The average spending of the players from Tennessee is recorded at $300. 81.

Oregon once rewarded an unusual winner who came all the way from Iraq.  He had purchased a ticket online through a website and won $6.4 million. After an investigation, the lottery authorities determined that he’d done nothing wrong and rewarded him with the prize. The state’s adults spent almost $305.95 each on lotteries by the end of 2016.

Adults in Ohio are recorded as spending over $320.96 each on lottery, annually, by the end of 2016. Ricky Meng might be considered the luckiest player of Ohio because he managed to grab about $957,000 over the span of 7 years. He had about 342 winning tickets and spent about $100 a week on lottery tickets.

The most remarkable win from Michigan was when a couple discovered a vulnerability in the lottery rules and managed to win about $7.75 million, legally. Adults from Michigan spend a big amount on lottery games and are recorded to spend about $367 each.

The “Triple Six Fix Scandal” is the most popular lottery story from Pennsylvania where the masterminds rigged the balls and managed to win the prize. But it didn’t take long enough for the lottery officials to suspect foul play and they sent the “masterminds” to prison. This successful investigation restored the faith of lottery players in lottery games and today they feel that they are spending their money on a fair game. Adults from Pennsylvania spend an above average amount on lottery games and are recorded to spend about $383.71 each.

South Carolina allows lottery winners to claim their winnings anonymously. No wonder the sense of safety makes them spend even more money on the lottery. Moreover, the iconic single ticket win worth $1.5 billion of Mega Millions was also won in South California. Therefore, it is not surprising that adults in South Carolina spend about $396.99 a year on lottery tickets.

Maryland adults are recorded to spend about an average of $413.71 a year. Maryland awarded its first millionaire winner in 1973 with a $1 million prize. That prize was a big deal and today it would have been equivalent to $5.9 million.

The first lottery ticket ever sold in New Jersey was sold in 1970 to Governor William Cahill and the first lottery prize was received by a widow who asked to remain anonymous. According to the US Census, New Jersey’s adults are recorded to spend an average of $449.22 a year.

People from Georgia are recorded to spend $529.71 on lottery tickets a year. Recently a $1 million Mega Millions winner came forward with his winning ticket. But unfortunate for him, he was beyond the 180-day window for claiming his prize.

New York introduced lottery games in 1967 and have been operating the lottery games continuously since then. Adults in the Empire State spend an average of $539.63 individually on lottery games. There is even an episode in the Friends sitcom TV series on Powerball lotteries proving just how popular lottery games are in the US.

It is certainly not at all surprising that adults from Delaware spend a remarkable amount of $548.13 a year on lottery games.

Adults from Rhode Island spends a remarkable amount of $643.54 a year on lottery games. It is one of six states, plus the DC, that initially banded together to offer huge jackpot lottery games like Lotto America which later became Powerball. There are countless winners from Rhode Island which makes the players spend more money as compared to other states.

People from Massachusetts are America’s biggest lottery spenders, spending about $977.71 a year on lottery games. This might makes sense if you know about the WinFall lottery game which helped the Selbee’s to grab over $9 million over a span of 7 years.  Or maybe it is all those MIT students groups winning millions.

We all know that a lottery win can turn your lifestyle upside down but spending money on lottery games recklessly can also result in losing money. The Lottery Lab always cautions players to only spend money on the lottery that they can afford to lose.