Here’s What 9 Lottery Winners Did With Their Fortune

Here’s What 9 Lottery Winners Did With Their Fortune 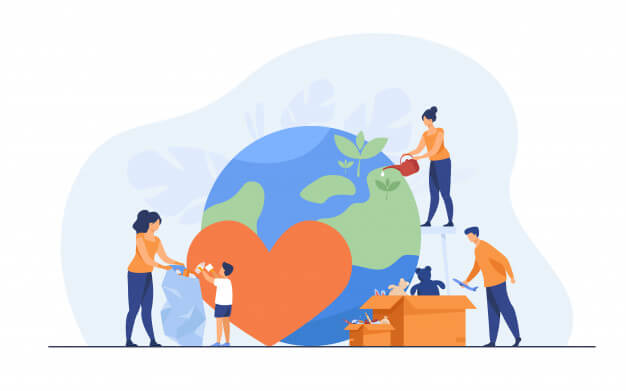 The jackpot for Thursday’s Powerball is an estimated $550 million, as of this writing. The odds of winning the jackpot are slight (one in 292.2 million), but that’s surely enough to turn someone’s life upside down. With the increasing amount of the Powerball jackpot, lottery fever is running high. We have compiled a list of past winners and what they did with their winnings. Read their experiences and learn from them.

John won a portion of a Mega Millions jackpot in 2011 and opted for the lump sum cash payment. After getting his part of the $319 million prizes, a share worth $28.7 million, John and his wife, Linda, decided to donate a considerable amount to building a water park in honor of their parents. They always wanted to give something back to the community and they were happy to have the chance after winning the lottery jackpot. They donated a hefty $200,000 to construct Spray Park in Green Island, New York.

Ever imagined winning a jackpot? Probably. Ever imagined winning two lottery jackpots in a row? Probably not! The odds of winning the lottery once are astronomical and the chances of winning twice are even more unlikely. But, Evelyn Adams beat those odds and managed to scoop the big prize twice in 1985 and 1986 to the tune of $5.4 million. She helped a lot of people with her money because she couldn’t say no. But she also took a large chunk of it to Atlantic City and gambled it all away. Now she is penniless and living in a trailer park. She once said, “I wish I had the chance to do it all over again. I’d be much smarter about it now.”

3. Louise White Created A Trust After Her Favorite Dessert

In 2012,81-year-old Louise White bought a rainbow sherbet at a Stop and Shop. While there, she bought a lottery ticket and ended up winning $336.4 million. In honor of her favorite lucky desert, she created “The Rainbow Sherbet Trust” which would help her family in the future. She took advice from her financial advisors and acted accordingly.

Bob Erb did something very unexpected with his winnings. Bob lives in Canada and is a pot activist who won $25 million in 2012. He bought a lottery ticket on the way to his father’s funeral in Calgary. He had been playing the lottery regularly for 43 years. He decided to continue working as a seasonal contractor and donate his wages to a local food bank. Also, he directed about $1 million of his winnings towards 420 Day, an annual event organized to support marijuana legalization in Canada.

Janite Lee was a professional wigmaker from South Korea. She bought a lottery ticket and ended up winning a healthy $18 million in 1993. She donated a good portion of her winnings to support the democratic party. Being too charitable turned out to be very bad for Janite. With a combination of credit card debt and gambling, she became penniless in only a few years. She filed up for bankruptcy in 2001.

Nigel Willets, a pub owner, successfully beat odds of 13,000,000 to one, to bag a prize of £1 million in 2014 after accidentally grabbing a £20 bill while buying lottery tickets. He used the accidental winnings to travel the world, starting with a holiday vacation to Florida for 13 family members. Since the holiday trip, he's been to Mexico and Dubai and plans to visit Las Vegas to celebrate his 50th birthday.

Vivian Nicholson won a fortune in Britain's football pools in 1961: £152,300, or the equivalent of £3 million today. Without a second thought, she immediately ordered dresses from Harrods, bought several luxury cars, and traveled all over the States and Europe. At this time, her wardrobe is filled with haute couture, but now her wallet is empty. Apparently, she ran out of cash even before she realized it.

The life of this Wales-based couple took quite the turn in 2007 when they won £5 million. After taking a celebratory cruise, they paid off their mortgage, bought their dream home in Somerset, and then invested in three more properties. The winnings also allowed them to fund their son's degree at Oxford Brookes University. Basically, they invested their fortune with caution and they’re happy with every investment decision they made.

9. Lara and Roger Griffiths Invested In Their Dream House

Lara and Roger Griffith won the jackpot in 2006 and used their £1.8 million Lotto winnings to buy their dream house with a price tag of £670,000. Not only a dream house, but they also spent their money on a Porche and 2 more properties to rent out. Without seeking any financial advice, they invested in the stock market. Roger spent about £25,000 making a record with his college band. Unfortunate for them, they ended up losing every single penny of their winnings after six years.

Winning the lottery can be the beginning of an adventure for you.  But how you make your decisions will determine how that adventure plays out.  Pick from this list of winners and decide which end you want your lottery story to have.