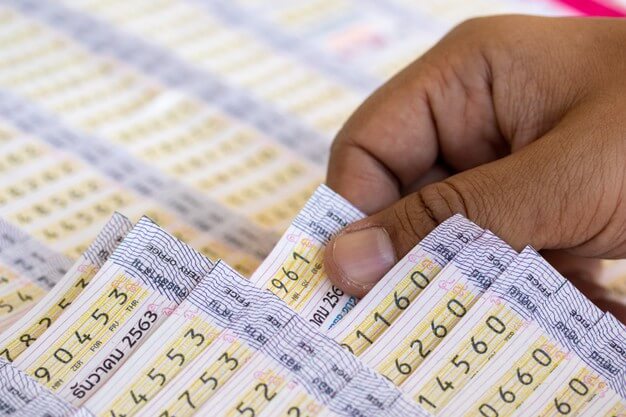 Have you lost your lottery ticket?  What now? Nothing can be more devastating for a lottery winner than losing their winning ticket. Believe it or not, so many lottery prizes go unclaimed every year that billions of dollars are lost. A major reason behind prizes going unclaimed is people simply don’t bother to check their numbers on the lottery ticket. However, heartbreaking situations occur when people know they have won, but have lost their lottery tickets. This happens more than people realize and if you are a regular lottery player you know that the lottery ticket is the only proof that you’re a winner. So, what should you do if you lose your ticket?

But there are lotteries that make exceptions. In the United Kingdom, lotteries let players lodge an appeal no later than 30 days from the relevant draw. The lottery association may ask you questions to prove that you actually purchased the ticket. These questions include when and where you bought the lottery ticket. Obviously, you will have to tell them the numbers you picked. They will even ask if you can remember what else you bought with your lottery ticket?

Here’s the catch: an appeal is not a 100% guarantee that you will get your winnings.

But, Do Appeals Work?

Certainly, appeals do sometimes work, but not always. Here’s a real-life lost ticket drama.  When Martyn and Kay Tott celebrated their first wedding anniversary, they decided to try their luck on a  lottery ticket. Apparently, they did not check their numbers and eventually forgot about their ticket.

It was only a matter of time when a TV appeal was made regarding an unclaimed jackpot in their area and they recognized their lottery numbers. But it was too late for them because they turned their home upside down, searching for the lottery ticket, but found no luck there. The couple contacted Camelot, the UK lottery operator, and anxiously explained their predicament. The lottery association undertook an investigation into their claims and found that although the prize was rightfully theirs, the 30 day limit of making the lost ticket appeal had passed. Camelot could not pay the Tott’s their prize because more than 7 weeks had passed since the drawing. Even the Chief of Security for Camelot, Martin Challis, visited the couple to verify all the correct information. They verified the selected numbers, provided documentation including the birth

certificates and passports to help the couple’s claim. But it was all to no avail as it was decided that the company would not override the 30-day rule. The couple said that it had been the “cruelest torture imaginable” as this unfortunate event puts an untold strain on their marriage.

Lost The Ticket, Won The Cash

There are incidents when the winner successfully takes their money home. On January 7, 2012, a woman named Kathryn Jones, a resident of Hamilton, Ontario, claimed a check worth $50 million. Even among lottery winners, Kathryn is especially lucky because her winnings had been unclaimed for a year.  What is more, this jackpot was the largest in Canadian lottery history. True to Canadian courtesy, the Ontario Lottery Association did everything possible to seek her out. They identified and located Kathryn through their claims investigation process. They knew that the winner originally purchased the ticket at a local shoppers' drug mart in Cambridge. As time passed, the lotto agency received about 435 false claims for the drawing but eventually, the commission was able to find Kathryn. Even then, she wasn’t able to find her lottery ticket and the agency helped her by conducting their “Lost ticket prize claim” process in order to make sure she was the rightful winner. This process included various interviews and cross-checking procedures. They cross-checked the surveillance videos that show her buying the ticket and cross-referenced her credit card statements. In the end, she received what she rightfully deserved.

When Hurricane Sandy hit the US in 2012, it devastated the eastern entire coastline. Many people lost their homes and were in need of some good fortune. Marvin Rosales-Martinz among the many looking for a bit of good fortune. He and his co-worker were blowing leaves after the hurricane tore its way through Bayville, New Jersey. He spotted a piece of paper stuck between some leaves. When he looked at the paper, he saw that it was a scratch-off ticket with all three numbers for the “Win $1,000 a week for life” game. He attempted to cash the prize at the New York Lottery customer service center on Long Island, but no luck. The office was closed because the storm had knocked the power out. When the office finally reopened, he explained the situation. After a thorough investigation and no one claiming the ticket, he was awarded the prize under the so-called “finders keepers” rule.

The NY lotto agency made Marvin wait a whole year to allow for a time for the original owner of the lost ticket to come forward. No one did and at the end of that one-year waiting period, the agency contracted Marvin and told him the good news. In Marvin’s case, someone else’s misfortune was his gain.

This incident is quite strange because the claimant doesn’t even know whether he won or not. On March 15, 2015, Ian Galtress from Wirral, Merseyside, England, purchased two tickets, one for himself and another for his girlfriend. To their misfortune, his girlfriend's ticket number was just one number away from winning and he lost his ticket. He appealed to the Camelot lottery organizers of his area regarding the lost winning numbers. Ian guessed that since his girlfriend’s ticket was only 1 number away from winning,  his ticket could be the winner. The search for the winner has left Ian distraught.  He grew anxious and lost a lot of weight and sleep. He was so devastated that his life began to fall apart. Don’t let a lost ticket do this to you, especially when you’re not even sure whether it was a winner or not.

How Do You Keep Your Lottery Tickets Safe?

Not everybody is as lucky as Kathryn. And not all lotteries make that effort that the Ontario Lottery and Games Corporation did! It’s best if you put some efforts into keeping your lottery ticket safe-

Put a reminder on your mobile to avoid forgetting about the lottery ticket you purchased.