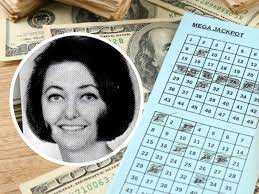 Joan Ginther has made headlines around the world because she won four separate multi-million-dollar prizes. Skeptics suspect that she cheated or used a system to pinpoint winning tickets. These suspicions have deepened because Joan refuses to grant interviews. However, with time, we have gathered facts that suggest how she managed to achieve such good luck.

To understand this complicated lady, it helps to start with her background.  In 1976, Joan Ginther was a Ph.D. student at Stanford University in the School of Education.  Many articles about Ginther suggest that she was a mathematics student and even a statistician, but her dissertation is actually about pretraining students for a mathematics test.  As a Ph.D. student, Ginther was likely trained in many fundamental statistical techniques, but it does not appear that she was creating new mathematical techniques.

For the next few decades, Ginther taught math at several universities.  Then something very interesting happened.  In 1993, she won a Texas lottery worth $5.4 million.  What is interesting is that the numbers drawn were 1, 4, 7, 10, 47, and Dr. Ginther was born on 4/1/47.  That is, it appears that she won using a very common technique of simply using birthdays to pick numbers.  Not only is this technique common, but it also has a number of statistical flaws that serious lottery players attempt to avoid.  This suggests that in 1993, Dr. Ginther wasn’t using a special scientific approach to pick her numbers.

Rather than take her lottery winnings as a lump sum, Joan Ginther opted for an annuity. Many financial advisors including those from Forbes and the Wall Street Journal recommend taking the lump sum.  This suggests that she had a plan for making the most of her winnings.  Since the Texas lottery pays their annuity over a 20-year period, this meant that she would be getting an annual check worth several hundred thousand dollars every year until 2013.  In the early 2000s, Ginther became known in her small town of Bishop, Texas for purchasing large numbers of scratch-off tickets.  In fact, she sometimes went so far as to buy all the tickets of a particular game sold at her local convenience store.

The degree of luck demonstrated by Joan Ginther surpasses tricksters like Ed Tipton who triggered the Hot Lotto Scandal and mathematicians like Stefan Mandel who applied a brute force method to win the lottery.  Joan’s luck begs the question: Did she have a system?  Did she have inside help?  Or was she just unusually lucky?

Stay tuned for answers to these questions and more!