Lucky Lottery Stores Near You

Lucky Lottery Stores Near You 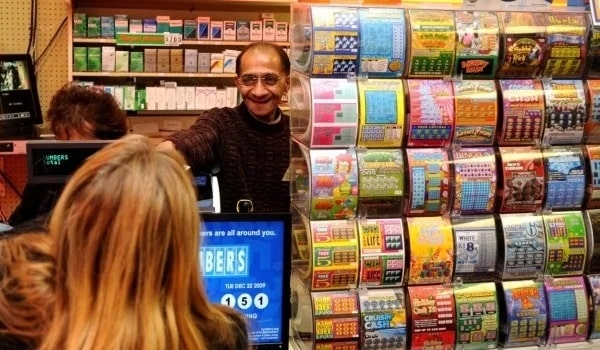 If a store has a history of selling winning tickets more often than others, business for that store ultimately increases! Wanna know about the lucky lottery stores in your state? Read ahead-

Idaho state is itself a lucky state to play the lottery as it has a proud record of lottery winnings! Take a trip to a grocery store, Fred Mayer’s in Ada County which produced two $1 million winning lottery tickets. You can also visit KJ’s Superstore at W Fairview Ave, Boise, which generated multiple winning tickets for cash prizes up to $250,000.

Indiana state itself is a lucky state to play the lottery. So far, it has produced about 30 Powerball jackpot winner and in 2017, it produced a $435 million jackpot winner. The winning ticket was purchased at the Super-Test mini-mart store in Lafayette. It is a family-owned convenience store chain, considered lucky for lottery players.

Ramsey gas station is a frequent lottery store visited by lottery players who want to try their luck. The reason? Because it produces slightly more lotto players than any other lotto stores in Minnesota. This year it sold a Lotto America lottery ticket that won a $29.6 million jackpot which increased their business dramatically.

Mark and Cindy Hill won half of the record $587 million Powerball jackpot in 2012. The couple bought 5 Powerball lottery tickets from Trex Mart truck stop in Dearborn, Missouri. Not long after, people started buying lottery tickets from the store more often and it started producing more winners. If you live nearby, you can also give it a try!

Circle K convenience store, Hillsborough is considered a lucky store for lottery players as it produced some big lotto prize winners. In 2012, Scott Bennett went to the store and asked for a Lucky for Life and a Megabucks lottery ticket, but the clerk mistakenly gave him two Megabucks tickets and one of those won $2.1 million. Another lucky lottery store according to WMUR is Bunny’s Superette in Manchester which produced 52 wins of more than $600 in 30 months.

Buffalo Shoals Supermarket, 2887 Buffalo Shoals Road, Newton has 9 big lottery wins in their track record, making it the luckiest lottery store in North Carolina. And North Carolina lottery officials point out that, oftentimes, the places where the most tickets are sold are also the same places where the most tickets will be won.

In Ohio, there are several stores that produce slightly more winning tickets than others. But then they sell more lottery tickets as well. In the Cincinnati metro area, Speedway at 1143 St. Rt. holds a record of selling a winning ticket of $5 million.

Chuck’s Grocery sells more tickets than any other store in Tarrant County and throughout Texas. Reason? It has a history and reputation for selling lucky tickets. Most recently, the store sold a mix of scratch-off and drawing tickets that paid out a combined $32,793 in one week.

The ticket for the biggest prize worth $217 million won recently in Virginia by Dave and Nancy Honeywell was bought from Richmond International Airport. Apart from that, the 7-eleven store at 6131 Jeff Davis Highway, Richmond, is said to have a record of producing repeat winners. You might want to try your luck out there.

Every year the Department Of Imagination issues a list of 10 luckiest places to buy tickets in the city of Washington. The Lynnwood Fred Meyer on 196th Street SW was crowned as the luckiest place in the North Puget Sound region, which covers a large area of Snohomish, Skagit, Whatcom, Island, and San Juan counties. It's time to march a walk towards this super lucky store and wait for our ticket turns into a winning one.

After rewarding a $768 million Powerball jackpot to Manuel Franco of West Allis, Speedway gas station in New Berlin has now gained a reputation for being a place to go for the lottery.

If you live nearby to any of the listed lucky lottery stores, you might want to make a trip. But, check your numbers on our advanced tool to assess the likelihood of your numbers appearing in the next draw. Good luck and win big!