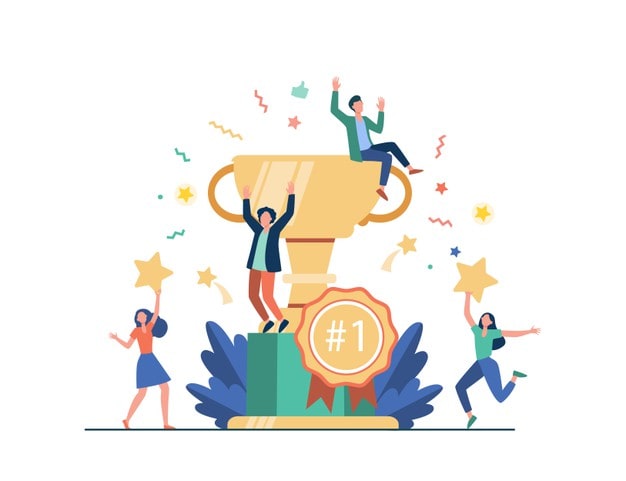 There are thousands of lottery winners across the globe, but Ohio has been blessed with some of the luckiest lottery winners. We are not just talking about simple wins, Ohio’s Frequent Lottery Wins are far more interesting than it seems to be.

What makes Ohio so different? Well, it’s the high concentration of repeat winners who have won again and again.

It may be hard to believe but there are at least thirteen winners who have won the lottery repeatedly with the winnings over $600. Even more surprising is that all these winners have won repeatedly in a short span of time.

Ricky Meng, the man with the highest number of repeat wins definitely hits this list. He had claimed 342 tickets in the span of seven years for a total of $956,717. These might not be the biggest hauls one would expect from 300 wins, but the record is pretty impressive. Ricky attributes his fortune to have a feel for numbers. For example – any time a license plate number or certain address resonates with him, he would then play those numbers. It was very clear to him! This worked for him and helped him win good figures.

Not every lottery is the same, so your technique might fail. For example - there are some lotteries that are known for their long odds of winning. And, even if some lotteries have favorable odds, it’s still not easy to crack them. So, it’s really fascinating how one man won 300 wins defying all odds. Ricky Meng has seriously a small tale of winnings that's worth mentioning.

Other Ohio players who have impressive winnings include Samuel J. Sliman. He is known to be the second most-frequent winner. He has won around 268 games between 2001 and 2016. And, his combined winnings amounted to be $775,430.

Related: People Who Have Won More Than 100 Times

Are the Wins Legitimate?

Ohio is among the few states that do not actively monitor frequent lottery winners. But, it’s a different story when it comes to lottery retailers.

How legitimate the winnings of lottery retailers?

The state lottery winners do watch out sometimes for the lottery winners. For example - In the case of Manojkumar Patel, his frequent wins made investigators look into the case. While he was adamant that he didn’t do anything wrong, the investigators were finding it hard to believe his frequent wins. He said, “Most of the time, I would play tickets that customers rejected due to errors.” Those tickets got lucky for him.

The investigators even went uncover and did random checks on his convenience store. But always failed to find any evidence. It may seem hard to believe the fact that most top Ohio’s Frequent Lottery wins are 100% legitimate, but that’s a fact! Don’t these stats tempt you to move to Ohio?