Could a Psychic Win the Lottery?

Could a Psychic Win the Lottery? 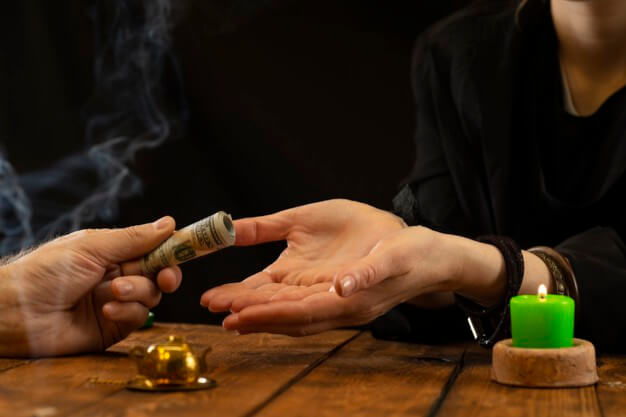 People often go to psychics hoping that a fortune teller will help them win the lottery. If psychics can accurately predict winning numbers, why don’t they just play the numbers themselves and scoop up the big jackpots for themselves? Maybe psychics can’t really predict winning lottery numbers or maybe they are selfless. The truth is that there have been occasions when psychics accurately predicted lottery results before the drawings took place. Let’s take a look.

Consider the story of Carolyn O'Brien, a woman from Connecticut who claimed a $3 million lottery prize in May 2017. According to Carolyn, many years earlier a psychic predicted her fortune.  During the reading, the psychic suddenly grabbed her hand and told her, "I see you with a check in your hand cheering 'I did it!'"

In 2015, Jill Childs, a psychic from the city of Chelmsford, predicted that her client, Lynne Groves, would never have to worry about money again. Just 4 months later, Lynne won a lottery cash prize worth £1 million. Groves hasn’t stopped there, apparently, her psychic told her that she will win another million.

Do psychics ever win the lottery?

A British woman named Ocean Kinge set up a lottery syndicate in August 2010 because she predicted a big lottery win using her psychic powers. According to her, she sensed “energies” telling her to play and win the lottery.

“Out of the blue one day I just said 'let's start a lottery syndicate because I've just got a really strong feeling we are going to win a big win at the end of the year',” She reported. “'I said it was going to be a million pounds - don't ask me how I just knew.” If this ‘energy’ was so strong, why didn’t Kinge buy the lottery tickets on her own? "I don't know. I just had a feeling it had to be in a syndicate," she said.

Sure enough, the syndicate won £1 million in the EuroMillions Millionaire Raffle that year.

Can psychics predict when you are going to win the lottery?

Psychics often foresee a big fortune coming for their clients. In some cases the psychic encourages their client to buy lottery tickets so that the prediction can come true. What’s more there are winners who report that they just had a “gut feeling” that they are going to win on a certain day or with certain numbers.

Have a look at the winning story of 54-year-old Kevin Millard from California, he received a repeated message from an online psychic who got him to purchase his tickets. He said he was using the psychic service on a free trial and was about cancel the subscription. But the psychic wasn’t ready to leave him alone and kept sending him up messages saying, “Your money’s coming. This year is a change for you.” One of Millard's Powerball tickets won him to a prize worth $1,009,368 in September 2015.

What does a psychic say about their ability to predict the lottery numbers before they are drawn? Erin Pavlina, a well-known psychic, who "is a world-renowned intuitive counselor who uses her psychic abilities to help her clients achieve what they desire in terms of career, relationships, finances, health, spirituality, and more."

Even Pavlina says that the lottery numbers are generated in such a random manner that a psychic can’t predict the numbers with any confidence. She even says that psychics don’t predict the futures, they just sense the ‘energies’ around them.

So, could a psychic win the lottery?

The answer is most definitely yes! Of course, they could! A psychic has as good a chance of winning the US Powerball, the Mega Millions, or any other lottery as you do! There are no favorites out there. All players are equal when it comes to filling out the numbers on a lottery ticket. Lottery numbers are chosen randomly and no one, not even a psychic, can determine which numbers will come up in a draw.

One thing is certain, and this is as true for you as for anybody with supernatural powers. If you don’t play the lottery, you won’t win the lottery! Trust your gut feelings and learn to spot scams so you can stay away from them.